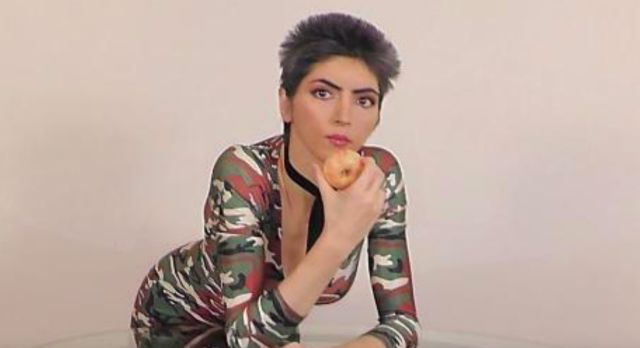 An animal rights activist who was furious about having her videos censored has been identified as the woman who shot three YouTube employees at the company’s headquarters in California.

Police said Nasim Najafi Aghdam, 39, shot herself dead after injuring three people in a courtyard at the complex in San Bruno.

Police have not yet stated what Aghdam’s motive in the shooting was but say they the incident is being investigated as a ‘domestic dispute’.

Nasim Aghdam turned the gun on herself after opening fire in YouTube’s headquarters (nasimesabz.com)

Animal rights activist Aghdam complained that her YouTube videos were being hidden and de-monetised (nasimesabz.com)

Three people were injured in the shooting at YouTube headquarters (Rex)

The location of the shooting at YouTube HQ in San Bruno, California (PA)
Aghdam, who posted several videos about animal cruelty, complained that her YouTube channel was being censored and de-monetised.

Her personal website declared: ‘There is no free speech in real world and you will be suppressed for telling the truth that is not supported by the system.

‘Videos of targeted users are filtered and merely relegated, so that people can hardly see their videos!

‘There is no equal growth opportunity on YouTube or any other video sharing site, your channel will grow if they want to!!!!!’

People who post on YouTube can receive money from advertisements that accompany their videos, but the company de-monetises some channels for reasons including inappropriate material or having fewer than 1,000 subscribers.

YouTube had ‘stopped everything’, and ‘she was angry’, her father Ismail Aghdam said.

Nasim Aghdam complained about her videos being filtered on her YouTube channel (YouTube)
Mr Aghdam said he reported his daughter missing on Monday after she did not answer her phone for two days.

He said the family received a call from Mountain View police at around 2am on Tuesday saying they found Nasim sleeping in a car.

Workers wait outside the YouTube complex for news (AP)
Ms Nelson said the woman declined to answer further questions but the police spokeswoman did not respond to a question about whether police were warned Aghdam might go to YouTube.

Ismail Aghdam said his daughter was a vegan activist and animal lover.

She featured in a 2009 story in the San Diego Union-Tribune about a People for the Ethical Treatment of Animals (Peta) protest against the use of pigs in military trauma training outside the Camp Pendleton Marine Corps base in California.

At the demonstration, Aghdam was dressed in a wig and jeans with drops of painted ‘blood’ on them and held a plastic sword.

She told the Union-Tribune at the time: ‘For me, animal rights equal human rights.’

The shooting shook up employees who were inside the building as the sound of gunfire started to ring out.

YouTube employee Dianna Arnspiger said she was on the building’s second floor when she heard gunshots, ran to a window and saw the suspect on a patio outside.

She said the woman wore glasses and a scarf and was using a ‘big huge pistol’.

Police are investigating the shooting as a ‘domestic dispute’ (Rex)
Ms Arnspiger said: ‘It was a woman and she was firing her gun. And I just said, ‘Shooter,’ and everybody started running.’

She and others hid in a conference room for an hour while another employee repeatedly called police for updates.

She added: ‘It was terrifying.’

Witnesses described terror before officers arrived and discovered a victim near a front door and then found the suspect several minutes later with what appeared to be a self-inflicted gunshot wound, San Bruno Police Chief Ed Barberini said.

A YouTube spokesman said all employees were a victim of the crime (AP)
He said two additional gunshot victims were found at an adjacent business minutes later.

Google, which owns the world’s biggest online video website, said the company’s security team worked with authorities to evacuate buildings and was doing whatever it could support the victims and their families.

‘Our hearts go out to all those who suffered.’ 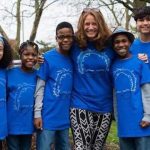