Joel Savage during and after the coronavirus lockdown

Joel Savage is a writer who hasn’t committed any crime but because of the truth, banned from many social media websites. I am beginning to understand why many don’t have the desire to live in this world any longer, thus; the suicide rate has increased rapidly in various parts of the world.

The US ‘Suicide Statistics’, reveals that in the year 2016 alone, out of 38, 658 people that died, 22, 938 was suicide and 14,415 was gun-related violence. Why? The answer is as simple as ABC because we live in a world that crimes have become the norm in politics.

Politicians put criminals behind bars, while they commit serious crimes against humanity with impunity. We need to ask ourselves certain questions, why America, a country that preaches about democracy, persuading everyone to follow this ‘almighty form’ of government, claiming to be the richest, superpower, and the land of opportunity, will record such a large figure of suicide in just a year?

When I was a child, I was brought up in a way that I am punished for mistakes or wrongs I do. I received punishment for doing everything contrary to the principles in the holy bible, including laziness. I thought my father was a bad man but I never knew that he was giving me a type of training which will benefit me today.

Today, I have lived in Belgium for twenty-years without a crime and have written eight books through hard work yet nobody knows Joel Savage. But surely, many will know about this writer, if hunger drives me to the supermarket to steal a loaf of bread to eat.

Because that will appear on the front-page news for everyone to know about the ‘famous bread thief who claims to be a writer’ but through the power of the highest – Jehovah, my family and I will not go hungry for me to steal bread at any supermarket.

I strongly believe that many people worldwide, who never hard good training are those that have become monsters, killers, liars, and deceivers without any remorse in our society today. And it’s a shame people praise, support, and aid crime because they believe that crime is a norm, therefore, it’s needed in every establishment, including politics and health institutions. 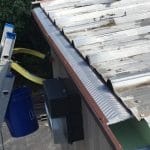 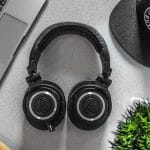