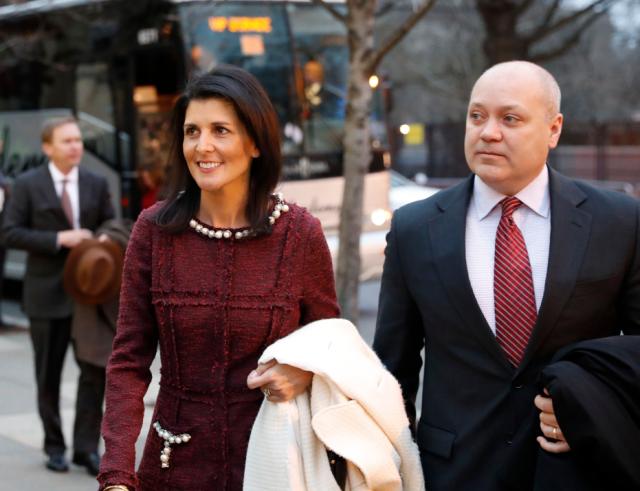 Nikki Haley’s Resignation Puts A Spotlight on Her Debt. Here’s What We Know About Her Money

When Nikki Haley announced she would resign as U.S. ambassador to the United Nations at the end of the year, rumors swirled around her potential 2020 ambitions and next move out of President Trump’s administration.

But her decision to resign also put a spotlight on her personal finances — particularly the hundreds of thousands of dollars of debt she has accrued over the years.

On top of that, Haley’s financial disclosure form showed a mortgage worth at least $1 million on an investment property she took on from her parents in 2017. However, she and her husband, Michael Haley, reportedly sold the property for $1.2 million in January 2018, according to The State, a Columbia, S.C.-based newspaper.

In her resignation letter to the president, Hayley wrote that she plans to enter the private sector – which will likely prove more lucrative than the reported $180,000 she makes in her current government role. In a statement to the Post and Courier, Haley’s office said her finances had no role in her decision to resign from her post and insisted the U.S. Ambassador’s debt is less than $500,000. (Representatives for Haley did not respond immediately to a request for comment from MONEY.)

Here’s what we know about Haley’s finances.

Breaking down Haley’s debt and earnings 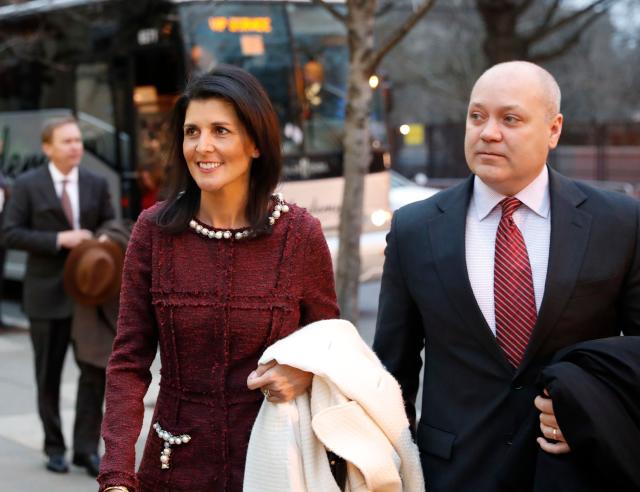 Haley’s initial total monthly payment on those cards could land anywhere between $500 and $1,300, according to Matt Schulz, chief industry analyst at CompareCards. Those ranges will go down each month if no new charges are made, explains Ted Rossman, an industry analyst at CreditCards.com. And luckily for Haley, her interest rates are lower than the national average of 17.07%, Rossman says.

It’s important to look at Haley’s finances with a bit more context. She has reported far more than the average credit card balance for Americans these days — around $6,354, according to 2017 figures from Experian, a credit reporting company. But, especially for wealthier Americans, card balances “don’t necessarily equal long-term or even short-term debt,” Schulz, of CompareCards, says. High-income Americans could spend large amounts on their credit cards, and pay them off at the end of the month, to earn rewards, or they can leverage their debt to help them with investment opportunities, Schulz says.

“That interest accrued on a revolved balance can be a big deal for the average American who is living on a budget and paycheck to paycheck,” says Schulz. “For wealthier Americans, it might amount to a rounding error. It’s all about perspective.”

Haley earns around $185,000 as U.S. Ambassador, according to FederalPay.org, which uses federal data to share the salaries of government employees. In 2017, she also earned $9,759 in her final days as governor of South Carolina. As governor, she earned $203,316 a year, according to her previous financial disclosure forms, and had made extra cash throughout her years as governor through real estate investments and her 2012 memoir. Her husband, Michael Haley, earned between $50,000 to $100,000 last year, thanks to their investment property, and reported a bank account with between $15,000 to $50,000.

Haley could earn much more in the private sector especially with her bulked-up resume. Pundits have suggested it could be an opportune time to earn more cash, with her daughter in college and her son not far behind. “As a businessman, I expect you will appreciate my sense that returning from government to the private sector is not a step down but a step up,” Haley wrote in her resignation letter.

Haley’s office has denied that finances played a role in her decision to resign.

Controversy over free flights and gifts

Haley also disclosed several gifts — in the form of Knicks tickets and private air travel — on her 2018 financial disclosure form, totaling to more than $22,000.

One day before she announced she would resign, the government watchdog group CREW (Citizens for Responsibility and Ethics in Washington) called on the State Department’s Inspector General to investigate any potential ethics violations related to these gifts.

“By accepting gifts of luxury private flights, Ambassador Haley seems to be falling in line with other Trump administration officials who are reaping personal benefits from their public positions,” CREW Executive Director Noah Bookbinder said in a statement. “Our ethics laws are clearly written to prevent even the appearance of corruption and improper influence.”

Haley stated on her financial form that the gifts were made on the basis of personal relationships she had.

Speculation over a 2020 run

Haley has indicated she would explore private sector jobs when she leaves the Trump administration, despite ongoing rumors and speculation that she could be poised to challenge the president as a candidate in 2020.

Indeed, Haley made use of the national spotlight while serving as the first female governor in South Carolina. (She was also the second Indian-American governor in the U.S.) In 2015, she memorably called for the removal of a Confederate flag from the statehouse in the weeks after nine people were killed at Emanuel African Methodist Episcopal Church in Charleston. In 2016, she delivered the Republican Party’s response to then-President Barack Obama’s State of the Union address. As ambassador to the U.N., Haley has pushed back against Trump and defended him on other occasions.

Speaking next to Trump at a press conference Tuesday, Haley squashed rumors for a 2020 run.

“No, I’m not running for 2020,” Haley said at a press conference Tuesday, sitting next to the president. “I can promise you what I’ll be doing is campaigning for this one. So, I look forward to supporting the president in the next election.” 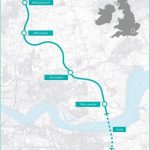