Theresa May needs to follow through on her claim that austerity is nearly over – in contrast to the lack of action after her first speech outside No 10 on the “just about managing”. If not, the door will be open for a Labour government, even if it offers something much further to the left and has policies that many thought belonged to a bygone era.

The Tory government’s overall economic framework is sound. On monetary policy, the Conservatives inherited and have kept in place an anti-inflationary policy that is credible with the markets. Despite all the challenges, real GDP growth since the Tories won power has been just over 2%, broadly in line with Britain’s overall growth potential. On fiscal policy, the government also has credibility with the financial markets. But reducing the deficit and debt, and cutting spending, appears to have become an end in itself, rather than having some broader purpose.

The chancellor, Philip Hammond, may regard deficit and debt reduction as the main purpose of his life – and many fiscal conservatives would applaud this, believing that keeping Britain’s monetary and fiscal policies stable lets the economy grow naturally. But this is a mistake when the country’s appetite for change is so obvious.

A recent NatCen Social Research survey suggested that support for higher taxes was more popular than at any time since 2002. I have often wondered whether the mantra of “whatever else you do, promise to lower taxes” – which has driven all governments in recent decades, especially Conservative ones – is wise. The public’s desires may have shifted. So when I hear that a further commitment to lower corporation tax is being talked about, I have to wonder if this government has lost all sense of the public mood.

By contrast, Labour has caught the mood of the country, crucially perhaps, in opposing the endless pursuit of lower taxes. The opposition may also have a stronger interest in addressing the failures of the market, in so far as they affect things such as productivity, wages, geographic inequality, intergenerational inequality, house prices and the overall purpose of business. What Labour lacks is credibility on monetary and fiscal stability. When the party talks of giving a productivity mandate to the Bank of England, I admire the goal but the Bank has only indirect tools to influence productivity.

How a Corbyn government would manage fiscal policy, while prioritising its various plans for increased spending, is also far from clear. Without some version of Gordon Brown’s golden rule that couldn’t be fiddled, markets would be justified in fearing the reality of Labour in power. Indeed, if ideas such as capital controls are thrown around by the party then it may never be in a position to deliver on any of its manifesto ideas. If I were advising John McDonnell, I would tell him to get this in order.

If Labour did find a credible fiscal path, then some of its other ideas would be desirable. Giving greater equity interests in companies to all employees makes a lot of sense – although not the idea of the government taking a 10% direct benefit from this, which would be a partial nationalisation of much of UK business.

In the last four decades, hiring and firing workers in the UK has become much easier, to the point where capital investment is now less attractive. In these circumstances, it is not at all surprising that productivity is so weak. Changing the balance to help employees’ working conditions, including their earnings, should be part of addressing this. If businesses cannot see it themselves, then it is sensible for government to give them a push.

Businesses need to rediscover purpose, as well as profit, which Labour can naturally focus on: having a genuine obligation to the health and wealth of their employees; taking real long-term investment decisions; helping to solve societal problems. All are things a modern successful private company should do, rather than obsessing over quarterly results.

Boosting public sector and private sector investment – whether transport, utilities or a much more ambitious plan on housing (in particular, social housing), deserves support. As the Shelter social housing commission is likely to demonstrate, the UK has a major housing market problem, partly because not enough homes are built for those at lower income levels, which gives a persistent stimulus to the low-income rental market, which in turn leads to the price pressures on housing.

If the government wants to stay in power, it needs to stop allowing Brexit to be such a distraction and rediscover how to deal with the issues that matter to people. Whatever the outcome of Brexit, and whoever is in power, trying to make “global Britain” a credible brand is vital. But equally vital is an outward approach to the world. Whatever our future trade policy becomes, whether we are in or out of the EU, it has to be seen in the context of domestic objectives, not an objective in itself. The 15-20% loss of productivity over the last decade is bigger than any predicted hit from Brexit; our policymakers need to wake up.

• Jim O’Neill is the chair of Chatham House, a former chief economist for Goldman Sachs and a former Conservative Treasury minister 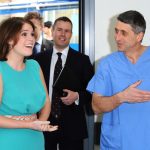