Britain is set to make an offer to the EU on future immigration which would see arrangements “very similar” to current free movement rules put in place after Brexit, The Independent has learned.

UK negotiators would like to put the proposal forward to coincide with a European Council summit in June, in a bid to break a deadlock in Brexit talks.

The plan would see a high level of access to the UK for EU citizens in the future, but would leave the British government power to halt it in certain circumstances.

But it is likely to enrage hardliners who would see anything even mildly like free movement as a betrayal of the 2016 referendum result – on Saturday cabinet minister David Davis, who has fought for a harder Brexit, was reported to be on the brink of resigning over the UK’s apparently softening position on EU withdrawal.

It comes as a leaked legal experts’ report commissioned by politicians in Belfast concluded it will be impossible to stop people coming into the UK at will anyway, if Theresa May stays true to her commitment to avoid a hard border with Ireland.

The last week has also seen the government under heavy pressure to accept staying in an EU customs union – an arrangement which would align with the new offer on immigration rights.

News of the offer planned by British officials has been corroborated by sources in Whitehall and Brussels and would form a key part of the prime minister’s efforts to lock the EU into a deal on future relations.

A British government insider said: “Civil servants have been looking at how to give talks some momentum and dealing with this issue is a way to do it.”

The Independent understands that the offer would mean European citizens coming into the UK after Brexit would benefit from visa-free travel.

They would then be able to gain the right to work in the UK under a new status that would be distinct for people arriving from the EU.

These key elements would bring the new arrangements close to those enjoyed by EU citizens under current free movement rules, which Ms May has pledged to end.

But under the proposed system, the British government would retain the right to impose an emergency brake or enact restrictions on migration when it felt a need to in the national interest.

A source in Brussels said: “The British have said that this idea could get things moving again, and that it looks very similar to free movement. We will see.”

Earlier this week a cache of documents from the Northern Irish government were leaked, including a report on the Brexit negotiations written by two experts from Queen’s University Belfast.

It asked whether avoiding a hard border between Northern Ireland and Ireland – which the UK has committed to – would mean “backdoor access” for people into Britain.

The experts concluded that keeping the border open would indeed mean “backdoor access … is inevitable”, a reality which may be pushing UK negotiators to build better access for EU citizens into their offer anyway.

Avoiding a hard border in Ireland also has implications for customs arrangements between the EU and UK in the future, with Brussels adamant it must mean Northern Ireland, and possibly the whole UK, remaining in a customs union.

Ms May’s publicly stated position, that she will take the UK out of any customs union, has been thrown into doubt after home secretary Amber Rudd said on Thursday that the cabinet was still deciding on the matter.

Ten days ago the government failed to prevent the House of Lords passing a motion that seeks to keep the UK in a customs union, while on Thursday the Commons approved a similar motion without a vote.

During the debate, enough Conservative MPs backed the idea of a customs union to potentially defeat the government in a binding vote on the issue expected in coming weeks.

But while the new offer on immigration would correlate with the more open Irish border the UK is committed to, and the implicated customs arrangements, it is yet to be approved by the cabinet.

A Government spokesperson said news of the offer “isn’t true”, and went on to say: “People voted in the referendum to retake control of our borders, and that is the basis we are negotiating on.

“After we leave the EU, freedom of movement will end and we will be creating an immigration system that delivers control over who comes to the UK, but that welcomes the brightest and best who want to work hard and contribute.”

Anything which allows a high level of access or preferential treatment for EU citizens is likely to be viewed dimly by Brexiteer ministers like Boris Johnson and Liam Fox, who are seeking a cleaner break from Brussels.

One source close to a cabinet minister told The Independent: “This is the kind of thing that Olly Robbins [Ms May’s chief Brexit negotiator] and the civil servants will beaver away on before putting it to the cabinet.

“When and if it is put, it looks like it will be very unpopular with some people.”

Tory backbench Brexiteers already suspect Ms May’s enthusiasm for a clean-break Brexit is waning, but have yet to explicitly threaten her leadership.

Brexit secretary David Davis was said to be on the verge of quitting this weekend because of frustration over the prime minister’s plans to strike a deal with the EU on a customs partnership.

According to reports the minister has felt cut out of the negotiations process since late last year and effectively replaced by Mr Robbins, who is based in Downing Street. 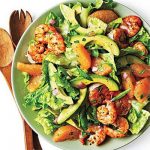