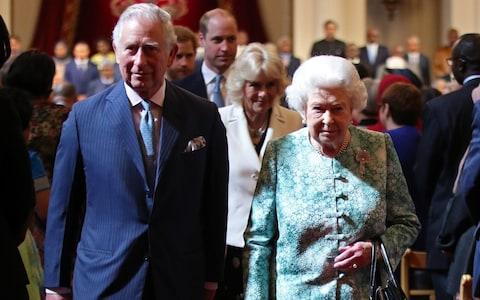 Queen reveals her ‘sincere wish’ for Prince Charles to be future head of Commonwealth
The Telegraph Hannah Furness,The Telegraph 7 hours ago
Reactions Reblog on Tumblr Share Tweet Email
The Queen and the Prince of Wales at the official opening of CHOGM – PA
The Queen has expressed her “sincere wish” that her son, the Prince of Wales, will one day succeed her as Head of Commonwealth, in the clearest signal yet about the future of the family of nations.

The Queen, who addressed the Commonwealth heads of government in the Buckingham Palace ballroom at the official opening of CHOGM this morning, said it was her sincere wish that Prince Charles would “carry on the important work” started by her father, George VI in 1949.

Her highly significant speech, met with warm applause, is the most explicit statement she has made to date of her hopes for the Commonwealth’s future, and the honorary and not hereditary position of its head.

In an unusually explicit statement of her views, she told the presidents and prime ministers of the Commonwealth: “It remains a great pleasure and honour to serve you as Head of the Commonwealth and to observe, with pride and satisfaction, that this is a flourishing network.

“It is my sincere wish that the Commonwealth will continue to offer stability and continuity for future generations, and will decide that one day The Prince of Wales should carry on the important work started by my father in 1949.”

Two years ago, speaking at the last CHOGM in Malta, the Queen offered a hint to her feelings, saying she could not have been “better supported and represented in the Commonwealth than by The Prince of Wales who continues to give so much to it with great distinction”.

Today, at the start of the London summit, she told an audience: “When I meet the young leaders of this century, I remember my own life-long commitment – made in South Africa in 1947 at the age of 21.

“As another birthday approaches this week, I am reminded of the extraordinary journey we have been on, and how much good has been achieved.”

Saying that “my family and I have been heartened” by the successful Commonwealth programmes “in which we are proud to play a part,” she added: “Here at Buckingham Palace in 1949, my father met the Heads of Government when they ratified the London Declaration, which created the Commonwealth as we know it today – then comprising just eight nations.

“And we seem to be growing stronger year by year. The advantages are plain to see.”

The CHOGM opening ceremony saw leaders move to pay tribute to the Queen’s service to the Commonwealth in a ceremony attended by 46 Commonwealth heads of government and seven foreign ministers representing their countries to make up 53 member states.

“We are equally elated by the vigour with which His Royal Highness the Prince of Wales actively participates in Commonwealth affairs, and puts a strong Commonwealth dimension in his various national and global initiatives.

“We are certain that when he will be called upon to do so, he will provide solid and passionate leadership for our Commonwealth.”

“You have been true to the deepest values of the Commonwealth – that the voice of the smallest member country is worth precisely as much as that of the largest; that the wealthiest and the most vulnerable stand shoulder to shoulder.

“You have seen us through some of our most serious challenges. And we commit to sustaining this Commonwealth, which you have so carefully nurtured.

The Prince of Wales, who walked into the ballroom at the side of the Queen and made the first address, said: “For my part, the Commonwealth has been a fundamental feature of my life for as long as I can remember, beginning with my first visit to Malta when I was just five years old.

“And so, Ladies and Gentlemen, I pray that this Commonwealth Heads of Government Meeting will not only revitalize the bonds between our countries, but will also give the Commonwealth a renewed relevance to all citizens, finding practical solutions to their problems and giving life to their aspirations.

The ceremony, hosted by broadcaster Reeta Chakrabarti, also saw guests treated to musical performances, with the Queen looking on intently.

Emeli Sande gave a rendition of the national anthem, before a group of six “Commonwealth Voices” performed a version of Unwritten, a pop song now considered by organisers to be a “youth anthem”.

While the Queen took her seat on stage with the heads of government and Secretary-General Baroness Scotland, the Prince of Wales watched with senior members of the Royal from a small audience.

Later today, the Queen and Prince of Wales will host a lunch at Buckingham Palace for new heads of government.

This evening, the Royal Family, heads of government and their spouses, will reconvene at the palace for a formal “Queen’s Dinner”, with a drinks reception and a second speech from Her Majesty. 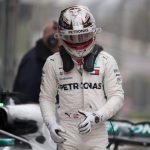