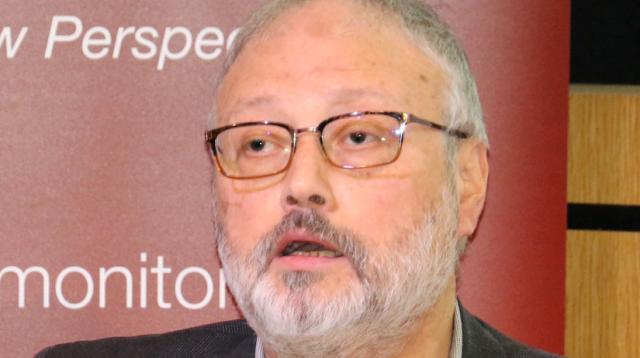 But there’s another, bigger compact at question: the relationship between Saudi Arabia’s governing elite and the nearly 20 million people they rule over with almost no accountability or popular representation.

Khashoggi was fundamentally an insider, a man close to the Saudi royal family and employed by their media and government organizations for years. He was a self-described patriot who repeatedly rejected the label “dissident.”

Khashoggi said his recent criticism of Saudi policies ― including a sweeping crackdown on human rights activists and a bloody military campaign in Yemen ― was motivated by a passion to help the kingdom thrive. He had been living in the U.S. for more than a year after the government banned him from using Twitter and pressured the popular Arabic newspaper Al-Hayat to cancel his column.

Whatever he has gone through since he went missing at the Saudi consulate in Istanbul last Tuesday — and experts believe there is still a chance it’s not murder — Khashoggi will now forever be a symbol of the Saudi government’s willingness to punish any citizen, however well-known, well-connected or well-informed about Riyadh’s complicated politics.

In that sense, the events of the past week indicate a harsh new reality for any Saudi anywhere. They underscore that despite promises from quasi-ruler Crown Prince Mohammed bin Salman to reform the kingdom for the sake of all invested in its future, his real focus is far narrower, and almost anyone he’s supposed to be working on behalf of is now expendable.

“I am so pleasantly surprised by the amount of journalists, policy people, & congresswomen/men that continue to ask [questions] on #JamalKhashoggi. But I’m also concerned,” Saudi-American activist Nora Abdulkarim tweeted. “Whatever happened, it happened to someone extremely well-connected. What does that mean for the rest, who aren’t.”

Whatever happened, it happened to someone extremely well-connected. What does that mean for the rest? Saudi-American activist Nora Abdulkarim
Clues about the implications of the case are already emerging. Khashoggi’s family members — many of whom were apolitical, estranged from him and nonetheless subjected to Saudi government travel bans — have publicly said they don’t want the case to be used to raise skepticism of Riyadh’s policies and that they trust Saudi efforts to locate him. Other prominent figures in the Gulf privately say they can’t afford to be publicly connected to the situation despite their friendships with Khashoggi.

Pro-Saudi sources are eagerly pushing an alternative narrative about what happened to him.

The obvious historical parallel is to Libyan dictator Moammar Gadhafi’s brutal yearslong campaign against Libyan dissidents around the world, which ranged from a shoot-out in London to a kidnapping in Cairo. The U.S. and its allies censured Gadhafi at the time — but British Prime Minister Tony Blair and President George W. Bush eventually embraced him despite many of his surviving victims’ stories of torture and assassination attempts.

Today, autocratic regimes in Moscow, Beijing, Pyongyang and elsewhere still pursue citizens abroad who have particular authority when they speak about human rights abuses at home and special sway over domestic audiences. One member of the club Saudi Arabia now seemingly wants to join is Iran, its biggest nemesis, which just recently attempted to attack an opposition rally near Paris, according to French authorities.

The message from these regimes — and now from Riyadh — is that citizens are not free agents. It’s a fundamental rejection of the idea of individual dignity and rights, one that only occasionally seems to register to Western officials who correctly say the best way to build sustainable international relationships is to do so by understanding the wishes and views of whole societies, not just who happens to be ruling a country at a particular time.

And it’s a message whose implicit threat will register inside Saudi Arabia despite the regime’s expanded efforts to sell unquestioning nationalism. Saudis who want respect might one day show their royals how self-defeating a policy this is ― or Saudi leaders might only acknowledge their misstep once growing distrust of the kingdom among Western populations seriously threatens their ties to key allies in the U.S. and Europe.

Khashoggi, a teller of hard truths ― like the fact that President Donald Trump’s fondness for the Saudis is far from guaranteed ― appreciated what the cost of demeaning citizens could eventually be for the country he loved and always called home.

“Saudi Arabia has not always been as it is now,” he wrote in a piece 13 months ago that expressed his support for the crown prince’s reform efforts while criticizing the repression his compatriots increasingly faced. “We Saudis deserve better.”

This article originally appeared on HuffPost. 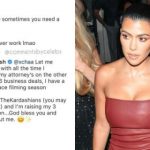 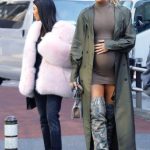