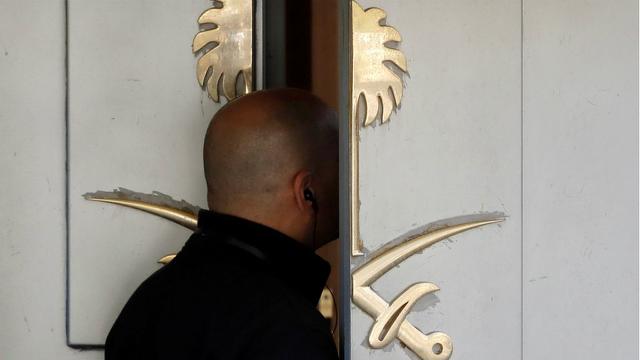 Saudi Arabia sent a toxicologist and a chemicals expert to Istanbul to cover up the murder of journalist Jamal Khashoggi before the Turkish police searched the kingdom’s consulate, a senior Turkish official said on Monday.“We believe that the two individuals came to Turkey for the sole purpose of covering up evidence of Jamal Khashoggi’s murder before the Turkish police were allowed to search the premises,” the official said on condition of anonymity.

The official confirmed a report in the Sabah newspaper, which said that chemicals expert Ahmad Abdulaziz al-Janobi and toxicology expert Khaled Yahya al-Zahrani were among a team sent from Saudi Arabia purportedly to investigate the murder last month.

“The fact that a clean-up team was dispatched from Saudi Arabia nine days after the murder suggests that Khashoggi’s slaying was within the knowledge of top Saudi officials,” added the official.

Turkey’s President Recep Tayyip Erdogan said last week the order to murder Khashoggi came from “the highest levels” of the Saudi government, while he did “not believe for a second” that Saudi’s King Salman had ordered the crime.

Turkish media have pointed the finger at powerful Crown Prince Mohammed bin Salmanand analysts have said Ankara is keen to have the heir sidelined from the nexus of power in Riyadh.

However Erdogan has yet to directly accuse Prince Mohammed, who has condemned the murder as “a repulsive incident”.

>> The Interview: ‘Nobody now believes Mohammed bin Salman is a reformer’

Meanwhile on Monday, Saudi Arabia told the United Nations’ top human rights body that it was investigating Khashoggi’s murder with a view to prosecuting the perpetrators.

Bandar Al Aiban, President of the Human Rights Commission of Saudi Arabia who headed the government delegation at a regular review of its record, said in a speech to the UN Human Rights Council in Geneva that King Salman had instructed the public prosecutor to “investigate the case according to applicable laws and to bring perpetrators to justice”.

Sons appeal for body to bury

Over the weekend, the murdered journalist’s sons said they asked Saudi authorities to return their father’s body so the family can properly grieve.

“I really hope that whatever happened wasn’t painful for him, or it was quick. Or he had a peaceful death,” Abdullah Khashoggi told CNN in Washington in an interview aired on Sunday.

His brother Salah said “all what we want right now is to bury him in Al Baqi in Medina with the rest of his family,” referencing a cemetery in Saudi Arabia. “I talked about that with the Saudi authorities and I just hope that it happens soon.”

Turkey’s chief prosecutor said recently that Khashoggi was strangled as soon as he entered the consulate and also confirmed the body was dismembered.

Yasin Aktay, who is an advisor to Erdogan and was a friend of Khashoggi’s, hinted in an article published on Friday that the body may even have been destroyed in acid.

(FRANCE 24 with AFP and REUTERS)