As criticism of Saudi Crown Prince Mohammed bin Salman following the disappearance of journalist Jamal Khashoggi mounts around the world, Riyadh has kept a tight lid on how the scandal is playing internally ― particularly among the vast and disparate branches of the kingdom’s royal family.

But recent confusion about the whereabouts of the Saudi ambassador to the U.S. suggests that the treatment of Khashoggi may have increased long-running tensions within the royal family over the abrasive leadership style of the crown prince, or MBS as he’s often called.

Ambassador Khalid bin Salman, Saudi Arabia’s top official in Washington and a brother of MBS, left the U.S. last week and will not return to his post, The New York Times reported Monday night. CBS ran a similar report Tuesday morning. But then State Department officials told reporters for CBS and ABC they were not aware of any change. The Saudi Embassy in Washington did not respond to multiple requests for comment.

The ambassador’s return to Riyadh would suggest that MBS’ inner circle is closing ranks. It’s the kind of small but crucial indicator that’s key to interpreting the state of relationships within the kingdom’s elite.

The ruling Saud family is only a couple of generations removed from the founder of the modern Saudi state, Ibn Saud. Each king so far has been one of his sons. MBS is widely expected to succeed his father, King Salman, marking a generational shift. MBS’s unapologetic moves to centralize power ― he has methodically weakened the power of other branches of the family over key ministries and last November arrested a handful of previously invulnerable princes ― are the most significant changes in the kingdom’s inner workings in decades, ending a longtime consultative system that ceded power to a group of top royals and was, in the telling of the current king, Saudi Arabia’s answer to “democracy.”

“The royal family is shifting from Al Saud to Al Salman,” a Western official told The Wall Street Journal last year. “This is not going down well with the other branches of the family.”

While MBS has successfully reshaped much of the Saudi political and military structure, many other princes continue to wield public influence because of their pedigree and extensive foreign contacts.That’s why, for instance, it was a prominent royal, Prince Khaled bin Faisal, who recently led a Saudi delegation on the issue of the journalist’s fate to Turkey, where Khashoggi disappeared on Oct. 2.

And some of those princes have been extremely unhappy with MBS.

A string of risky decisions by the crown prince ― a military campaign in Yemen, a rift with neighbor Qatar and now the alleged targeting of Khashoggi ― have convinced many experts that his leadership style is a risk to the very stability of the kingdom. Saudis inside the system ― who depend on the royal family for their wealth and cushy lifestyle ― have cause to, privately, be very worried.Concern already leaked out in 2015, when a senior prince wrote two letters suggesting family dissatisfaction over Salman’s administration after a high-profile crisis over the management over the annual Islamic pilgrimage to sites in Saudi Arabia.

For MBS, an even greater loss of faith could pose a serious risk. There’s precedent for members of the house of Saud to turn on one of their own for what they see as the greater good. In 1964, then-Crown Prince Faisal took over from his brother King Saud with the support of many powerful relatives.

It doesn’t help that much of the criticism over Khashoggi’s disappearance from lawmakers in the U.S., who are key to approving the American security assistance and cooperation the Saudis rely on, has been directly targeted at the prince, who U.S. intelligence says personally ordered a plan to capture Khashoggi. In a nightmare scenario for the prince, power brokers in Washington could offer Riyadh a deal that would keep the U.S.-Saudi relation intact in exchange for a public exit for the prince.For the family, this could be a make-or-break moment: Do what’s necessary or accept being cowed and maybe ultimately losing it all.

Assertive princes would likely be worried about whether their allies in the West would firmly stand by them throughout the power change. Western governments hardly protested last year when the prince’s purge of his own cousins led to reports about beatings and torture. At least three princes have disappeared on European soil in recent years.

Yet, at this point, it’s unclear whether MBS’s rivals stand a chance. “They can’t do much about it,” Ali Al-Ahmed, a well-connected Saudi dissident based in the U.S., said about MBS’s grasp on power. “They don’t have number one, the capacity, and secondly, they don’t have the guts.”

Khashoggi’s apparent brutal murder ― and President Donald Trump’s willingness to boost MBS’s sense of impunity by believing his line about it ― boosts that feeling.

Meanwhile, Saudi Arabia’s isolation from other power players, such as global business and Europe, makes the economic future within the country seem even gloomier.

Synonymous with the wealthy kingdom as a whole for 70 years, the broader Saud family may have to acknowledge amid the greatest crisis for Saudi Arabia on the world stage since 9/11 that it has once and for all been rendered irrelevant in the face of the new prince.

This article originally appeared on HuffPost. 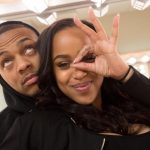