Meanwhile, Turkish officials have unearthed even more grim details of journalist Jamal Khashoggi’s alleged murder.
BESS LEVINOCTOBER 17, 2018 1:46 PM
Donald Trump poses for a photo with Crown Prince Mohammed bin Salman Al Saud of Saudi Arabia.
Brothers from another mother.
By Bandar Algaloud / Saudi Kingdom Council / Handout/Anadolu Agency/Getty Images.
Over the summer, the Saudi Arabian government promised the Trump administration $100 million for the U.S.’s efforts to stabilize parts of Syria liberated from the Islamic State, a coup for Donald Trump, who regularly complains about other countries not coughing up enough money on defense. But despite the pledge, one official involved in Syria policy told The New York Times that it was unclear when, if ever, the money would actually materialize in American bank accounts. But as luck would have it, just this past Tuesday, it did—the same day Secretary of State Mike Pompeo landed in Riyadh to get some answers on the fate of Jamal Khashoggi, the Saudi journalist and dissident who entered the kingdom’s consulate in Turkey on October 2 and was never seen again. Some people have dismissed the notion that the two events are connected—“The specific transfer of funds has been long in process and has nothing to do with other events or the secretary’s visit,” Brett McGurk, the U.S. envoy to the coalition fighting the Islamic State, told the Times. But others aren’t so convinced!

“The timing of this is no coincidence,” the American official working on Syria policy told the Times on Tuesday. “In all probability, the Saudis want Trump to know that his cooperation in covering for the Khashoggi affair is important to the Saudi monarch,” Joshua Landis, a professor at the University of Oklahoma, surmised to The Washington Post. “Much of its financial promises to the U.S. will be contingent on this cooperation.” Coincidentally, the $100 million hit the U.S. accounts on the same day Trump stepped up his defense of the kingdom, telling the Associated Press that what we have here is another case of “guilty until proven innocent,” which is exactly what happened with Brett Kavanaugh, who the president believes is “innocent all the way.” Trump also informed his Twitter followers that Crown Prince Mohammed bin Salman maintains he knows nothing about nothing, and if you can’t trust the word of the guy who imprisoned his own cousins, who can you trust?

Even as the president goes to bat for his Saudi pals, more evidence has emerged that paints a grisly picture of what actually happened to the journalist. Turkish officials have conducted their own investigation, and the findings appear to differ significantly from Trump’s rosy narrative:

Turkish officials said they shared evidence in recent days, including the details of an audio recording, with both the U.S. and Saudi Arabia to support their conclusion that Mr. Khashoggi was killed at the hand of Saudi operatives.

The recording indicates how Mr. Khashoggi was killed in the office of the Saudi consul general, Mohammad al-Otaibi, minutes after he walked into the consulate building on October 2, said people familiar with the matter. Mr. Khashoggi wasn’t interrogated, the people said. Instead, he was beaten up, drugged, and killed by Saudi operatives who had flown in from Riyadh earlier in the day, the people said.

Then, on the recording, a voice can be heard inviting the consul to leave the room, the people familiar with the matter said. The voice of a man Turkish authorities identified as Saudi forensic specialist Salah Al Tabiqi can be heard recommending other people present to listen to some music while he dismembered Mr. Khashoggi’s body, the people said.

Trump, for one, has said he’s requested to review this evidence himself—“if it exists.” Saudi Arabian officials, meanwhile, have denied all knowledge of these proceedings. But the Times reports that five of the men suspected of taking part in Khashoggi’s (alleged!) murder have ties to the crown prince. One, Maher Abdulaziz Mutreb, is a former diplomat who worked at the Saudi Embassy in London in 2007 and frequently traveled with M.B.S. Three others are “linked by witnesses and other records to the Saudi crown prince’s security detail.” And the fifth is the forensic specialist who “holds senior positions in the Saudi Interior Ministry” and is “a figure of such stature that he could be directed only by a high-ranking Saudi authority.” As the Times notes, the presence of a professional who specializes in autopsies sure makes it seem like the operation “had a lethal intent from the start,” and wasn’t simply an interrogation gone wrong. Then again, maybe he—along with four other men linked to M.B.S.—just happened to stop by the embassy that day. Presumably Trump and/or Saudi Arabia will offer a compelling explanation for all this in short order. 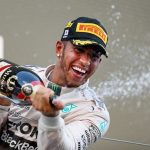