It is nearly four weeks since the journalist Jamal Khashoggi disappeared from the Saudi consulate in Istanbul. Saudi officials now admit that he was killed inside the embassy by a team of agents sent from Riyadh, but so far his body has not been recovered.

What is the latest with the investigation?
The only findings made public from the Turkish investigation so far is that freshly painted surfaces were found in the consulate and all of the cars searched had been “thoroughly cleaned”.

Luminol, a chemical which detects traces of blood, has been used by forensics teams and dozens of boxes and bags of evidence have been taken for laboratory testing. Riyadh has not commented on the ongoing investigation.

The latest focus in the search for Khashoggi’s remains is a well in the grounds of the consul general’s residence. Turkish investigators have been faced with several delays from their Saudi counterparts: permission to search the well has been denied at least three times.

Since Khashoggi disappeared police have carried out at least three searches of the consulate building and one search of the consul general’s residence, as well as initial sweeps of Belgrad forest and farmland in Yalova province, where Turkey said cars belonging to the consulate travelled the night Khashoggi was killed.

At least three cars have been searched, including a Mercedes found in an underground car park. Surveillance footage shows a package from the boot of the car being retrieved by a man driving a BMW also owned by the consulate. The BMW has not yet been found.

At least 38 people have been questioned so far and Turkey announced on Friday it was dedicating a total of 750 police officers to the investigation.

What have Khashoggi’s family said?
Khashoggi is survived by his ex-wife, two sons, two daughters and fiancee Hatice Cengiz.

A statement from Khashoggi’s children has called on the United Nations to launch an independent inquiry into their father’s death and implored the Turkish and Saudi authorities to locate his remains so his funeral can be held.

According to Riyadh, Khashoggi’s body was wrapped up in a rug and disposed of by an unidentified “local collaborator”, which means the Saudi authorities can claim they have no knowledge of its whereabouts.

Three of Khashoggi’s four children, who are dual Saudi-US nationals, are believed to be subject to travel bans – a common form of punishment for the families of critics of the Saudi establishment. His eldest son Salah, however, flew to the US on Wednesday.

Pictures of a grief-stricken Salah summoned to receive the condolences of King Salman and Crown Prince Mohammed bin Salman resonated with people around the world earlier this week.

Donald Trump has invited Cengiz, Khashoggi’s Turkish fiancee who accompanied him to his fateful consulate appointment, to the White House, but the academic said she would only meet the president if he “makes a genuine contribution to the efforts to reveal what happened inside the Saudi consulate in Istanbul that day”.

The Istanbul governor’s office has put her under 24-hour police protection, but not elaborated on why the decision was taken. In an interview on Friday, Cengiz said she has not been contacted by Riyadh.

Who are the 21 Saudis who have had their US visas revoked as a result of the killing?
Nearly all are members of the Saudi security establishment, believed to be handpicked for Khashoggi’s assassination, by Mohammed’s most powerful aide, Saud al-Qahtani, a consigliere of the royal court.

The 15 men sent to Istanbul are drawn from elite units of the military and intelligence agencies. Four come from the prince’s personal detail and some of them have been photographed providing security for him abroad.

The man alleged to have dismembered Khashoggi inside the consulate walls is the head of forensics for the General Intelligence Directorate. Less is known about the three-member team that allegedly scouted a forest in Istanbul the day before the murder. However, they are also understood to be state employees.

How will this killing affect crown prince Mohammed bin Salman’s influence and power?
Confidence in the prince’s judgement and temperament has been seriously shaken. Observers say it could only have been carried out with his knowledge. Even his staunchest allies in the west have struggled to give him political cover.

Those who had overlooked a regressive political landscape because of social and economic reforms, and downgraded ties between the state and religious establishment, may no longer be prepared to do so. Investors have fled, his celebrity pull has plummeted and even his reliability as a big picture partner of the Trump administration’s goals on the region is in question. Mohammed was seen as central to the US’s anti-Iran stance, and a regional outreach to Israel. Both bedrock policies could now flounder.

Within the kingdom, the dissent he had ruthlessly tried to prevent now openly festers. It does not yet pose a challenge to his future on the throne. But he has clearly been diminished.

How important is it for the UK to keep good diplomatic relations with Saudi Arabia?
The UK-Saudi Arabian relationship is seen in Whitehall as a diplomatic, security and economic necessity.

Although the UK would prefer Saudi Arabia to conduct foreign policy in a different way – in Yemen, Qatar and Iran – the dominant Foreign Office view has been to regard it as a force for stability against Iran and bulwark against political Islam.

The UK has as many as 100 military personnel in Riyadh, partly reflecting a military but also an intelligence relationship that stretches back to before the second world war.

But the importance of Saudi trade for the economy is hotly disputed with critics of Riyadh claiming it is exaggerated, or focused on specific industries, such as arms production for which alternative export markets could be found.

Advocates of the Saudi relationship claim that as Riyadh seeks to diversify out of oil and military equipment, the UK is well-placed to secure deals in green energy, health, education and infrastructure. The agreed goal signed in March by the crown prince during his visit to London is £65 bn ($90 bn) of mutual trade and investment.

Britain sold £6.2bn worth of goods and services to Saudi Arabia in 2016. Much of this trade has a bias towards defence, an industry that employs 2.5 million people in the UK.

Research published by Kings College argues the role of defence in the UK has been exaggerated. The Treasury netted only £30m from arms sales in 2016.

How have countries in Europe and the Middle East reacted to the Khashoggi murder?
Germany, Belgium, Austria and the European Parliament have led calls for a ban on arms sales to Saudi Arabia, but the two countries most likely to sell to Saudi – Britain and France – have held back.

The French president, Emmanuel Macron, has been short with reporters pressing him to comment, and said he is waiting for the investigation to end. France sold €1.5bn in arms to Riyadh last year.

The UK has also announced it is withdrawing any visas from the gang of 18 Saudis allegedly responsible for Khashoggi’s killing, the minimum punishment possible and likely to be only the start of some form of co-ordinated response possibly at the level of G7 foreign ministers.

Reaching a G7 consensus response has the advantage of making Saudi reprisals that much harder to contemplate, but may lead to less draconian western punishment.

In the Gulf itself, criticism has been muted, but Qatar – which has been in a long running dispute with Saudi – has described the incident as a wake-up call for the entire region, and demanded a transparent investigation.

Jamal Khashoggi killing: what we know and what will happen next 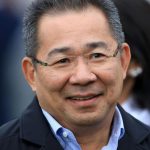