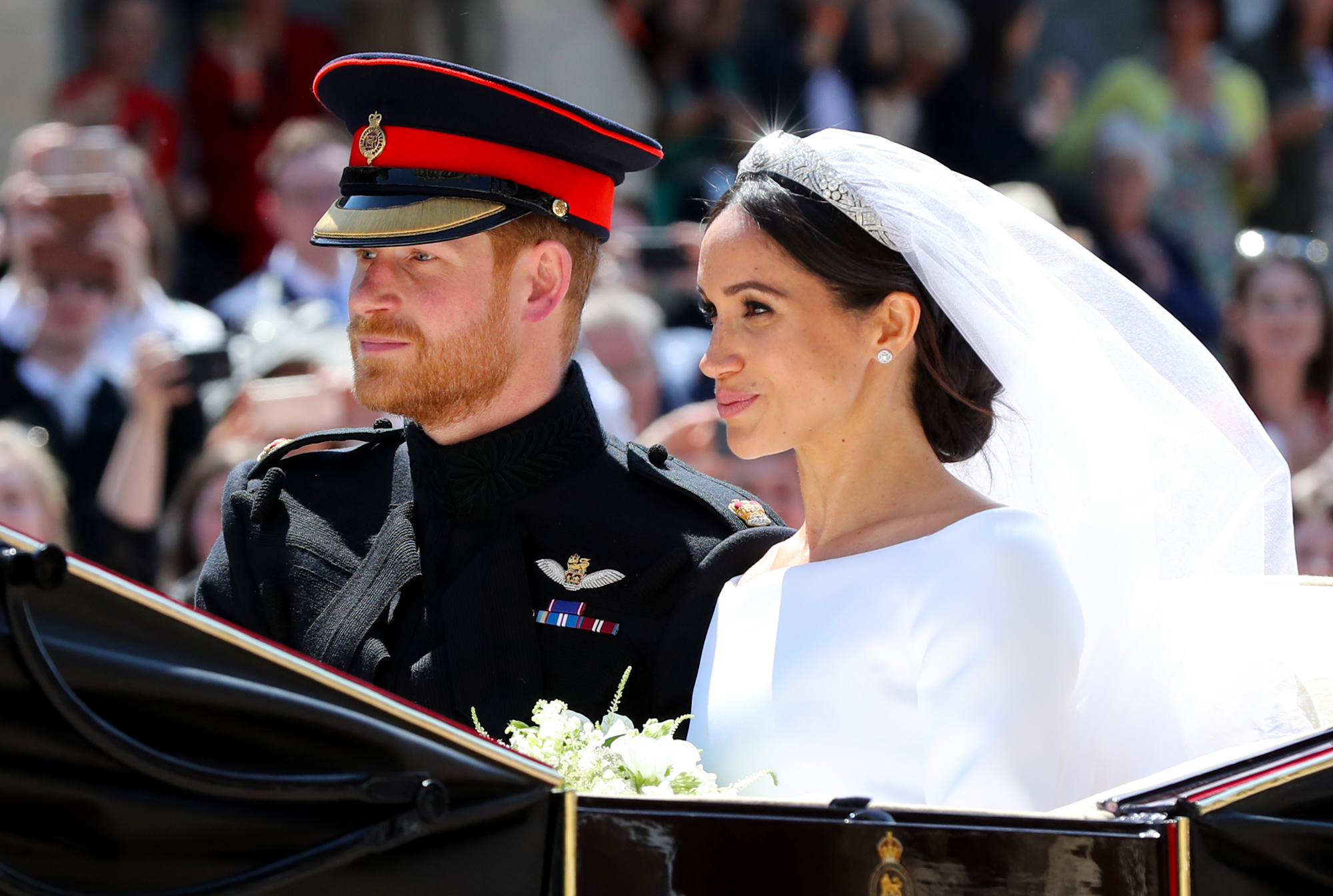 1/72
September 2018
Meghan Markle opened ‘Oceania’ at Royal Academy of Arts on September 25, marking her first solo outing since becoming a royal. For the occassion, the Duchess wore a two-tone, sheer black Givenchy dress with billowing sleeves and her favourite Aquazzura heels. [Photo: Getty]

On Saturday 19 May, Prince Harry married Ms Meghan Markle in the royal wedding of the year.

Since the couple’s engagement was announced in November 2017, the world has become infatuated with the actress, humanitarian and feminist.

But it’s not just Meghan’s views that have entranced us. Her style has captivated people globally.

Just as the world is obsessed with the Duchess of Cambridge’s style, we all love to know what Meghan’s wearing.

Over the past six months, while carrying out her first batch of royal duties, the royal-to-be has proved she’s an incredibly diplomatic dresser.

From carrying a Strathberry bag, a Scottish label, and a tartan Burberry coat in Edinburgh to a pair of trousers by Welsh designer Hiut Denim in Cardiff, the brunette’s worked her ‘Meghan magic’ while representing the royal family.

She’s steadfastly stuck to her style guns and worn sleeveless dresses (which female members of the royal family tend to avoid) and stayed on-trend with cross-body bags and messy bun hairdos.

And how could we leave out the two wow-factor gowns she wore on her wedding day?

Following wedding and becoming the Duchess of Sussex, we thought we were seeing a new, more royal-appropriate Meghan when she wore nude tights and a slick low bun to the Buckingham Palace Garden party.

But since, she’s she’s stuck to her rule-breaking ways by wearing a cold-shouldered Carolina Herrera skirt suit to Trooping the Colour, sleeveless dressed to the polo and even a mini dress for a charity showing of Hamilton in August.