Everyone knows how special the HBO series ‘Game of thrones’ was for everyone. Fans across the globe cried when the last season ended. With its 8th season, Game of Thrones brought an end to a beautiful journey that began in 2011. 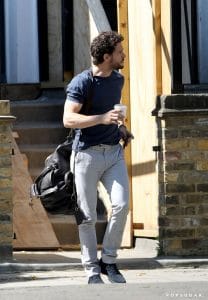 Super fans may claim that they were devasted as to how the show ended, but the one person who really took the hit was actor Kit Harrington. If you haven’t been up to date with the viral news, let me tell you that our John snow was undergoing treatment in rehab facility in Connecticut.

Why did John need a rehab?

According to his representatives, Kit was having sheer difficulties while dealing with the end of Game of Thrones. They explained the reason behind this reaction which was the fact that the role of ‘John Snow’ meant literally everything to the actor. Which is why, as soon as the show ended and he started feeling stressed, he thought it was time for him to take some time off form the outer world and take a break.

One of his representatives was quoted saying, “Kit has decided to utilize this break in his schedule as an opportunity to spend some time at a wellness retreat to work on some personal issues.”

For the same reason, he chose to use the rehab facility in the small town of Connecticut where he received the proper care and guidance to deal with his feelings of despair and stress. He stayed for three weeks and as per viral news, he is now back to his hometown-London all rejuvenated and stress free.

How is our John Snow now?

The picture that was uploaded this morning by a Harrington fan has become a trending news today. Thanks to the picture-perfect Snow and his regained health. He looks healthy and much better than how he did when the show ended.

He was dressed up in a pair of jeans and blue t-shirt to beat the summer heat. Though, the best part was that he didn’t look depressed or sad. Seems like he has moved on from the feeling of dread and stress and knows how to take his life forward now.

How did his wife ‘Ygritte’ was during all this time?
Throughout the time, his wife Rose was his supporting pillar. An insider was quoted claiming, “She was very encouraging. Seeing Kit struggle was stressful for her, as well. She absolutely agreed that he needed to get some help so that he could feel better.”

According to another source, Kit just needed to go away and deal with things in a peaceful and private place and the rehab centre in Connecticut gave his just the perfect habitat for rejuvenation.

John Snow has always made headlines with his powerful acting an appearance in the series. Now that the show has ended, it doesn’t mean that the actor’s career has ended too. He will still continue making headlines as he is doing today in the trending news section.
Having said that, have you gotten over the GOT ending? Or are you still sulking in sadness like I am? 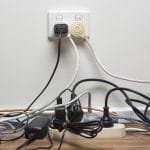