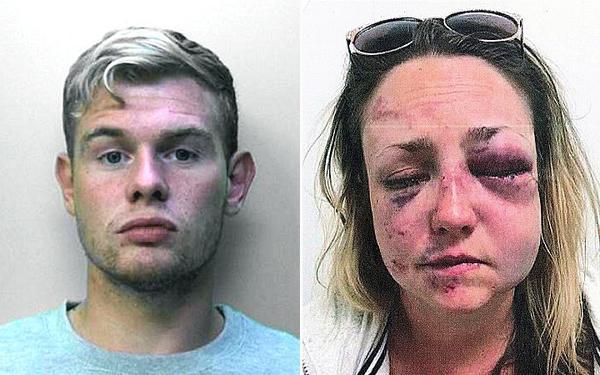 A man has been jailed after he sprayed ammonia in the eye of his ex-girlfriend before sexually assaulting her.

Matthew Johnson, a roofer from Worthing, West Sussex, was sentenced at Brighton Crown Court after being found guilty of using a noxious substance to cause grievous bodily harm and sexual assault.

Johnson was also convicted of actual bodily harm and criminal harm for a separate incident in March 2016, involving the same woman.

The 26-year-old faces an extended sentence of 14 years, with a minimum of 10 years in custody and a further four on prison supervision license.

Detective Constable Duncan Chalmers, of Sussex Police, said: ‘This was a vicious assault by Johnson on his then 30-year-old ex-partner on August 3, 2016.

‘He met her in Worthing, told her that he had a knife and ammonia and forced her to drive them both to a remote car park at Steyning Bowl, near Steyning, where he squirted ammonia in her eyes from a plastic sun tan bottle which we later found at the scene, before beating her black and blue and then sexually assaulting her.

‘After this ordeal he prolonged her agony by driving her around for several hours before he dropped her off at Worthing Hospital later the same day.

‘The victim’s eyes have still not fully recovered from the attack even now. ‘She has to wear glasses and cannot drive at night’.

MOST POPULAR TODAY ON YAHOO

Delivering sentence, Judge Sharni Barnes said that her judgment was affected by seeing the photos of injuries, describing Johnson as the knight in shining armour who became ‘dark and dangerous’.

A Sussex Police spokesman said: ‘Johnson fled Lewes Crown Court on May 9 last year when he was initially due to stand trial for the offences.

‘He was arrested at an address in Broadwater Road, Worthing, on September 5, in a police search shortly after he had been spotted in the same street by someone who recognised him.

‘During the arrest Johnson broke his ankle when he fell from a flat roof when attempting to evade officers.’ 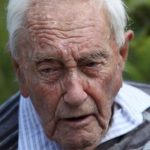 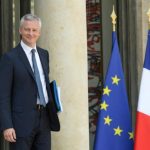