Angela and Michael may not have met on a dating site prior to being cast on 90 Day Fiancé: Before the 90 Days, but they did meet online before they became a long distance couple. So, how did Angela and Michael meet on 90 Day Fiancé: Before the 90 Days exactly? There were no matchmaker tests or algorithms to pair them together beforehand. Instead, Michael, who is from Nigeria, simply sent Angela a Facebook message one day. And from there, they began their digital relationship. 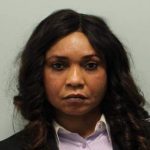