Lots of people have used medical marijuana as a medication for thousands of years. Mostly, in the United States, cannabis is illegal, but in several states, it is legal to take marijuana not only as a  medical drug. According to Talbott Recovery, about 9 percent of Americans use marijuana. National Survey on Drug Use and Health (NSDUH) in 2016 has shown that new cannabis users are older than 26 years. Some studies proved that marijuana is an effective drug against glaucoma, seizures, chronic pain, and others. But cannabis has a lot of side effects and it’s better to think twice about whether you need to use it. In this article, we want to show you several cannabis side effects.

When a person applies marijuana as a drink or food, he or she will feel an effect in a time, in general, it takes from 30 minutes to one hour. In case, when a person smokes cannabis, THC goes from the lungs to the bloodstream very fast. The blood carries THC to the brain and other organs. Cannabis over activates parts of the brain that react to the THC and exactly this creates a high effect. In addition to this effect, people have some more effects:

As you can see, people have a lot of short-term effects, but you should know that long-term effects also exist. People who started marijuana usage as a teenager, have suffered mentally. Cannabis affects brains and their development. Cannabis causes spoiled memory, thinking, learning abilities, and others. Some researchers study whether some changes can be permanent. In addition to this, some studies show that marijuana may cause a loss of IQ points. Different factors may affect the IQ level, and cannabis is one of them. People who want to start using marijuana should follow all the instructions because in the last decade people have increased their doses and it causes a rise of emergency visits caused by cannabis usage. In addition, people who use cannabis may have an addiction in the long-term perspective. Marijuana isn’t as dangerous as heroin, but it has an addiction. This addiction is very dangerous for the user because it may cause stubborn and strong thirst. This addiction may lead to anxiety, depression, the chance of lung cancer, lack of energy, risk of heart attack, etc.

There are no direct links between schizophrenia and cannabis, but there is enough proof that cannabis may trigger the symptoms of schizophrenia. This is an awful disorder that affects the brain and causes hallucinations, delusions, lack of motivation, etc. As you can see, marijuana and cannabis have some similarities. Schizophrenia disease is quite rare, only one percent of all Americans have this disorder. As we know schizophrenia can’t be cured, that is why people who haven’t started marijuana usage should think twice about whether they need it.

Lots of people think that marijuana helps them to relieve and stabilize their mood, but it is a miss thinking. People think that marijuana gives them pain relief and stabilizes their mood in the short term, and as we know, from a long-term perspective people may have serious problems. Most people associate cannabis with depression because young men and women who use marijuana have a higher risk of depression development, and this risk is 37 percent. Also, one of the biggest factors, why people shouldn’t use marijuana, is that marijuana users have doubled chances to have suicidal thoughts.

All in all, if you want to try cannabis, it would be better if you think twice before you try that. As you can see marijuana can cause serious mental health problems that may affect your routine. Be careful and always think about your future. 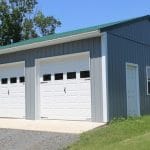 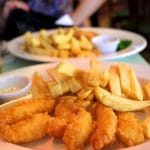