We also got the shocking news that Young Thug called the shooter 8 times out of the 12minutes the shooting took place and all these are surfacing while the district attorney is still weighing the options.

One of Baby’s phone calls with the man was leaked and an Atlanta news outlet happened to find it. In the phone call you can hear Birdman tell Winfrey that it was time for him to “come out and get [his] money.” He assured the man that he did “everything [he] could do, boss.” The same report alleges that Young Thug had called Winfrey 8 times in the 12 minutes leading to the bus shooting, and its definitely very suspicious. Some of this information is certainly damaging and may have led to the district attorney deciding whether to charge them or not. 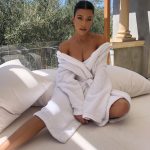