Erin Silvia
NEWS WRITER & REPORTER
Kanye West randomly took to Twitter on Sept. 29 to reveal that he has surprisingly changed his name as he gets ready to drop his new album ‘Yandhi.’

Kanye West, 41, has officially changed his name and he wants everyone to know about it. The rapper took to Twitter on Sept. 29 to reveal that his name is now YE in a shocking tweet. “the being formally known as Kanye West I am YE,” the tweet read. He also changed his Twitter display name to his new moniker but the handle is still @kanyewest.

The change comes just ahead of his highly anticipated performance on NBC’s Saturday Night Live premiere later tonight. A source close to SNL EXCLUSIVELY told HollywoodLife that the name change is part of the plan to get people talking like Sean Combs did with his many names back in the day. “Its basically a Diddy, Puff Daddy, Sean Combs thing,” the source said. “He is still signing contracts and cashing checks as Kanye West.” Kanye replaced original SNL premiere performer Ariana Grande after she dropped out last minute due to emotional issues. He also has plans to release his new album, Yandhi, at some point today. With a name change and new music, it seems Kanye is going through another transformation and we’re definitely entertained by it!

Kanye’s upcoming appearances seem to be backed up by a lot of support too. There are rumors that his performance on SNL will feature other artists and Kanye’s wife Kim Kardashian, 37, has also been spotted in NYC to be by his side during his upcoming spotlight moment. We can’t wait to see what he has in store for his fans since he’s known for always doing something pretty amazing. Whether it’s a new track or an honest and passionate speech, Kanye has definitely proven to be one Hollywood’s most talked about stars and his ability to be open about his beliefs, even if they’re not popular, is something to admire.

ye
✔
@kanyewest
the being formally known as Kanye West

4:48 PM – Sep 29, 2018
191K
44K people are talking about this
Twitter Ads info and privacy
We’re so ready for Kanye’s new era in the music industry. With his recent political outspokenness and his desire to make peace with people, it will be interesting to see what he chooses to do with his outlet. We’ll be updating as we find out more! 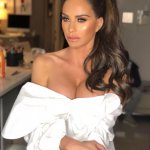