Arsène Wenger took the seismic decision to walk away from Arsenal on his own terms because he was mindful of the very real threat that he would be sacked at the end of the season.

The club’s majority shareholder, Stan Kroenke, and other directors had grown increasingly concerned by the team’s dismal Premier League performance and the huge number of supporters that have chosen to stay away from home matches in recent weeks.

The Guardian understands that club began a drive to cold-call Red Members of their supporter scheme on Wednesday to offer them season-tickets for next season in the face of record numbers of non-renewals from existing fans. Red Members are below Gold and Silver members in terms of priority. 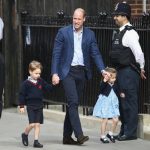