Amy Driver was given a sanction for missing a Job Centre appointment when she went to hospital – and was told to go to a food bank Clifford Watson says his girfriend’s benefit sanction triggered her ill health and death (Photo: Clifford Watson) Claudia Tanner 4 days Thursday October 11th 2018 Most Popular Diabetic, 27, died after benefits cut meant she couldn’t afford to eat

A man says he blames the Government for the death of his partner who slipped into a diabetic coma after her benefits were stopped.

Amy Driver, 27, was given a four-week sanction after she missed one appointment at the Job Centre due to a hospital appointment, Clifford Watson claims.

Clifford, who cannot work due to a disability, said the halt in their income meant she couldn’t afford to eat properly – which triggered the low blood sugar attack. When they complained Job Centre staff told her to go to a food bank, he alleges.

Not having enough food to provide glucose for the body can cause dangerously low blood sugar levels (hypoglycemia) which can lead to a diabetic coma, according to The Mayo Clinic.

Employment and Support Allowance (ESA) ‘support group’, which means the claimant is paid indefinitely and doesn’t have to take part in work-related activities. But her problems began in 2016 when their local job centre lost her paperwork, according to Clifford. “After her claim was messed up she was then having to attend classes aimed at getting her into work. She would go to the Job Centre and vomit. We kept trying to tell them that she really wasn’t well but no-one would listen.”

The couple had been together for eight years (Photo: Clifford Watson) Clifford said the diabetes had caused Amy’s eyesight and hearing to deteriorate and she had been discovered by himself and family members lying on the floor unconscious many times. “She would sleep and sleep – I had to make sure I was with her every four hours to make sure she had her insulin injections. She would just sleep through her alarms.”

Depression Amy needed to follow a low sugar diet, and these foods for a specific diet aren’t cheap. I went without food to try to help her.

Clifford Watson Clifford says her money was stopped multiple times over the last two years and in May 2017 she was sanctioned again despite showing documentation of the medical appointment she attended.

“We showed the evidence that she had a 94 per cent attendance rate and she was told she would get her money the next day but that didn’t happen. Next thing we’re told is that she had a four-week sanction and no-one could explain why.” Clifford said money was tight surviving on his ESA alone and the sanction threw Amy into a depressive episode.

Clifford says Amy struggle to get the right low sugar food she should have been eating after her benefits stopped (Photo: Clifford Watson) “Amy needed to follow a low sugar diet, and these foods for a specific diet aren’t cheap. I went without food to try to help her. “It got her really down and she wouldn’t get out of bed or even watch TV. She hardly left the bedroom. “One day I encouraged her to go visit her dad and she went to see him. When he saw her he told her she looked pale and suggested she have a lie down. Then he took a shower and after that found her body cold. “I was at home making her a roast dinner when her brother called me to say she’d passed away.” Why do ‘hypos’ happen? Hypoglycaemia – more commonly known as a hypo – is when your blood glucose level (also called blood sugar) is too low, usually below 4mmol/l. According to Diabetes UK, we don’t always know why hypos happen, but some things make them more likely include: Missing or delaying a meal or snack. Not having enough carbohydrate at your last meal. Doing a lot of exercise without having extra carbohydrate or without reducing your insulin dose (if you take insulin). Taking more insulin (or certain diabetes medication) than you needed. Drinking alcohol on an empty stomach.

Everyone has different symptoms, but the most common symptoms of a hypo include trembling and feeling shaky, sweating, going pale, blurred sight and palpitations and a fast pulse. Hypoglycaemia is a serious condition and should be treated as an emergency regardless of level of consciousness. With prompt treatment, a rapid recovery from a diabetic coma is possible.

However, without early treatment, it can be fatal or result in brain damage. It can happen to a person with type 1 or type 2 diabetes.

On the streets Clifford said last month he was evicted from their flat in Hoxton, east London, by Hackney Council.

“The council have taken my home away from me as it was in Amy’s name. I fought them to get a tenancy for the last 14 months but they kicked me out on the streets. I slept on park benches. He says he has now been kicked out of the flat he shared with Amy (Photo: Clifford Watson)

“I’m staying with my parents now but there is no room for me there as they’re in a one-bedroom house. It’s a struggling finding landlords who will accept housing benefit and the council aren’t helping me.”

More than a million benefits sanctions have been imposed on disabled people since 2010 – and this week the Government quietly released a report saying they had proven to be ineffective in a three-year study.

The DWP and Hackney Council have been approached for comment. Do you a story about benefits? Email [email protected] 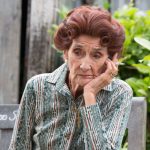