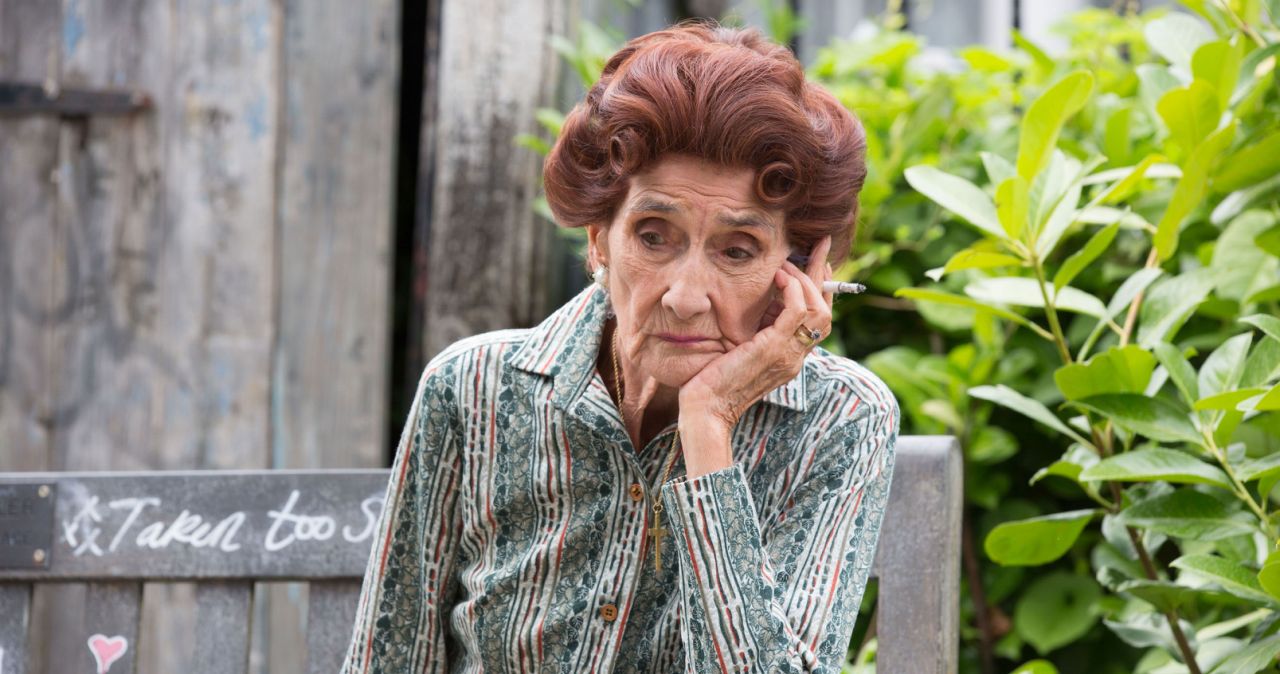 EastEnders stalwart Dot Cotton will return to the soap next week and receive some potentially devastating health news.

Cotton, played by 91-year-old June Brown, has been absent from the soap for months after spending time in Ireland.

Returning to Albert Square on Monday, she will confess to Sonia Fowler that she’s been secretly suffering from various worrying health symptoms.

A concerned Fowler will urge her to get checked over at the local GP, which she will attend on Tuesday’s episode.

While we will see an anxious Cotton waiting for her appointment, the findings won’t be revealed until later that episode when Jack Branning demands to know her prognosis.

Attempting to reassure her, Jack will recommend she seeks a second medical opinion.

But Cotton gets a better idea, and decides to seek advice from her old friend – and former resident Walford GP – Dr Legg.

However, as the two reminisce about old times, Dr Legg will make a startling confession of his own.

It was revealed back in July that Dr Harold Legg, played by Leonard Fenton, would be returning to Albert Square after not appearing on EastEnders since 2008.

At 92-years-old, Fenton is the oldest actor to ever appear on the BBC One soap. Leonard said of his return:

“I am very happy to be back at EastEnders and am looking forward to working with June and the rest of the cast and crew again,” he said.

As for June Brown, she has been playing Dot Cotton on the BBC soap since 1985 and is one of the soap’s most beloved and long-lasting characters. But could it be near the end of the road for this fan favourite?