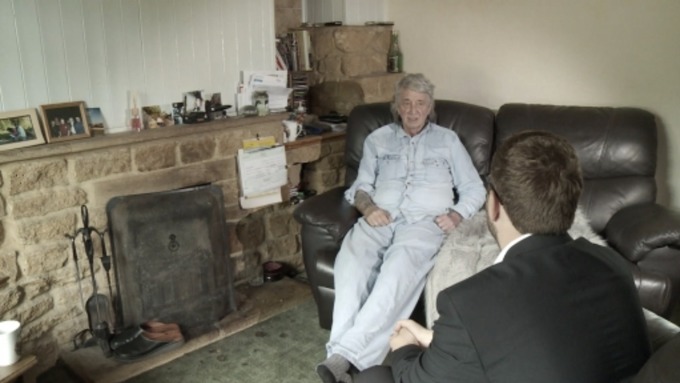 The sister of a man who died whilst waiting for a Universal Credit payment says her brother spent his last days hungry and in fear of losing his home.

In an exclusive interview with our reporter, Ben McGrail, his sister says he was let down by the system.

When I met Chris Gold earlier this year, it was clear he was worried about his future. He was heavily in debt and struggling to be paid Universal Credit. He was preparing to lose his home.

I feel like I’ve been hung out to dry and not eating and that – it just makes you feel ill all the time. Yeah I want to keep the house because I’ve worked hard for thirty eight years but it just seems unfair that I’ve worked all my life to buy a house and now I’m going to end up with nothing.

But there it is.”

Chris said that when applying for the benefit he’d been told he was fit to work, but the stroke, which he suffered in 2015, left him with serious health problems.

Just days after our interview was broadcasted, he died of natural causes.

Chris’s sister Heather told me she had spent a lot of time with him in the months before he died.

She knew how serious his money problems were and she says she saw the effect his fight to get Universal Credit had on him.

He knew that he was going to lose everything. His house, where he brought the girls up. He knew.

He couldn’t go to work – he was ill. Just looking at him he looked like a ghost on legs. He was so pale, no fat on him.

I asked Heather, what if he’d been getting that money?

He would have built himself up.

He kept on about it: “I’m not going to be like this forever Heather.”

In the months between his first application and his death, Chris had his phone line cut off, big utility bills come through and he’d been receiving food bank parcels.

The week I saw him, he told me he was hopeful of receiving Universal Credit in a few days… but that didn’t happen.

In the end, Heather says, he relied on her for money.

They should have been more in touch with him to help him with his head so that he could sleep and not worry about the next day and what was going to happen. They could have taken a lot of stress off him.

We were brother and sister. We were also friends – the best friends. I can hold my head up high, I helped my brother.

Benefits didn’t get there. I am angry.

The charity Citizens Advice Taunton, says between April and September this year they helped over 450 people who are either trying to claim Universal Credit or are in debt because of delays in receiving it.

In the end, Heather says, he relied on her for money. She also bought his food shopping and took him for meals.

Today, the government has been forced to hold an emergency debate on the new benefits system, after the Commons backed motion calling for rollout to be paused.

In response, the Department of Work and Pensions said:

Our sympathy is with Mr Gold’s family at this difficult time.

There is extra support for people when they need it, including home visits to help people with their claim, and advances for people who cannot wait for their first payment.”

– DEPARTMENT OF WORK AND PENSIONS SPOKESPERSON 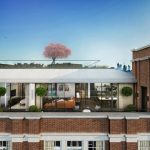