You will see a thorough discussion regarding the comparison between ECU remap and diesel tuning box on the web. Many suggest that the ECU remap is far better than tunning. But, before making any conclusive remarks, it is significant to understand their similarities and differences.

Engine Control Unit (ECU) is a computer device that monitors and controls the performance of an engine. The sensors assembled to different parts of the engine give signals to the ECU regarding the performance. The parameters that upkeep the performance of the engine are power output, compression ratio, thermal efficiency, indicated power, and fuel consumption. The ECU checks and maintains up to a limitation set during its manufacturing. A remap is a process of altering the ECU by increasing the optimum point. Increasing the optimum point increases the power and efficiency of the vehicle. It sometimes also give fuel efficiency.

Procedure: Since ECU is a computer device, it runs on software. Altering ECU means altering the software through an external computer. It is not an easy task; it requires a professional to look after it. The ECU map is stored in digital format so, it needs to be read and altered by experts. Only authentic professionals can carry out the process of installation properly without creating any further problems. So, if you are thinking of a BMW m140i remap bhp, make sure that you consult highly professional mechanics. Otherwise, remap can have negative repercussions on the health of the engine. Experts change the parameters by checking their output simultaneously. One thing with the ECU remap is that it is open to custom maps. The flaw of an ECU remap is that it is very difficult to install and remove. Also, it cannot be transferable to any other vehicle.

Procedure: Tunning boxes are quite different from remapping. You have to plug this into the car between sensors and actuators. It manipulates the ECU input and output signals. This alteration supports to enhance the performance of the engine. It does not directly alter the system of the ECU but deceives it through the incoming and outgoing signals to perform well. Diesel tuning boxes can be installed by anyone and anywhere. They are very simple to install that is the reason why merely anyone can install and do the changes. They require a single cable attached to the car. The only thing that you have to consider while doing the changes is choosing the right location. Any place exposed to excessive heat, water, and other electrical problem is not recommended. The end result of diesel tunning is the same as remap, in that they increase the performance and torque of the engine. It also improves fuel efficiency and is open to custom maps, and gives multiple map choices. The biggest advantage of tunning is that it is very easy to install and remove. Also, it can is transferrable to other vehicles.

Which One Is Better: ECU Remap or Diesel Tuning Box?

ECU remap and diesel tunning box are appropriate ways of enhancing the horsepower and fuel efficiency of the engine. But the role of Diesel tuning is limited when compared to the ECU remap. Because the tuning box alters the signals to provide more diesel thus enhancing the power of the engine. In this way, it only controls the fuel pressure and fuel duration. But in the ECU remap, the alteration of the software provides the measure of every parameter that governs the performance of the engine. In this way, it controls all the parameters that make it more efficient than diesel tuning. 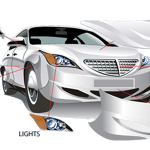 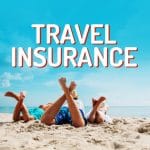