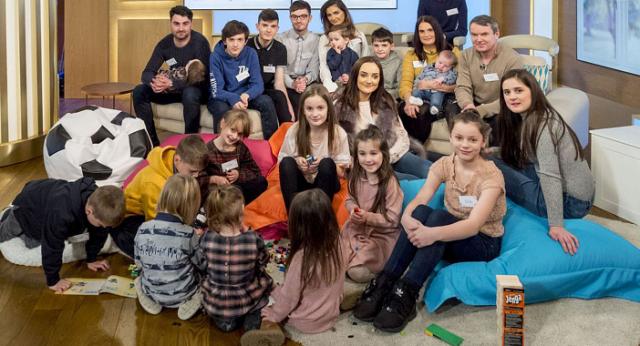 The mother of Britain’s largest family is pregnant with her 21st child just months after she and her husband vowed the 20th baby would be their last.

The baby will be almost 30 years younger than the oldest child, Chris, who was born when Mrs Radford was just 14.

News of the family’s next arrival was announced on social media, with an Instagram photo of Mrs Radford’s baby scan followed by the revealing of the baby’s sex on the family’s YouTube page.

The video showed Mrs Radford in the car, telling the camera: “We’re just on the way home from having a very special, lovely appointment.

“And I’m just wondering if anybody can guess where we’ve been.

Mrs Radford, 42, said on Instagram that she and her husband, 46, “can’t wait to welcome (the baby) into the family, precious little one”.

The family lives in a former care home in Morecambe, Lancashire, and, according to reports, they spend £300 a week on food shopping – consuming 18 pints of milk, three litres of juice and three boxes of cereal every day.

Mr and Mrs Radford decided to keep their first child despite their young age, because they had both been given up for adoption themselves.

After that, they moved in together, got married, and welcomed their second child Sophie when Mrs Radford was 17.

The Radfords also manage to find time to run a bakery in Heysham, Lancashire, which they have owned since 1999.

They are also grandparents, after oldest daughter Sophie went on to have children of her own. 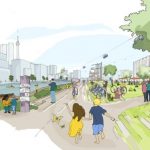