Every parent would have their hopes in schools and daycare facilities to have correct security measures and protocols already installed for their children’s safety. Owning a school for young children and toddlers is not an easy task as a lot can be at stake if you make any small mistake from your end.

In order to never put the lives of your workers and children at risk, here are the 5 essential security measures every daycare center should follow.

The possibility of potential threats and security breaches can occur almost anywhere. Daycare facilities are more prone to such issues as the children and the daycare employees tend to be a vulnerable and easy target for attacks just as a children’s school is. The only way you can observe if any shady activity is happening inside or outside the premises of the daycare center is through a security camera. You will easily know and be alert about the issues going inside the daycare center with enough time to take action.

Always Have a Fire Alarm:

Now almost every school, office and even residential areas have installed fire alarms. If you want one in your daycare center or school, you would first need a fire alarm test certificate and then the process of installation is made possible. This might be the most feasible and modernistic measure to security and life-threatening breaches but before that, you should train both the workers and children about what to do in such a situation.

If the children are having a nap or having lunch in a specific room then it is better to keep those rooms locked or only allow those people who work there. Usually, schools have keyless entries and that is a huge issue for the safety of children. Make sure the rooms are either automatically locked when in not use or the workers have the permission to lock the rooms in such a situation.

Install Door Alarms in the Building:

Currently, a specific system for security has become famous and it is known as the chime security system which is basically an upgraded version of a door alarm. Intruders would not be able to enter the premises inside a daycare center since the alarm will ring if they try to do so. The buzzer will be adequately loud to alert the security guards or the workers to call for help in anyone actually tries to infiltrate.

At times, so many people could be entering into the center including the children, parents and the workers so it becomes difficult to differentiate between them. That is surely a potential threat and can only be avoided if you set aside the traditional modes of attendance systems and install a biometric system for it. The workers will imprint their thumb on the device and if it matches, their attendance will be taken and if not, the security team will be alerted. 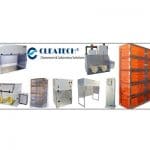