Baffled train passengers ended up in South Yorkshire after their driver got “lost” on a route from Newcastle to Reading.

Jeni Harvey, who was riding the CrossCountry Train service, tweeted to say she was “stuck because the driver went the wrong way” on Friday.

She added: “Who knew this was even possible?”

Twitter user Ruth Adams replied: “I really did not know that trains could get lost!”

Ms Harvey tweeted back: “No! You wouldn’t, would you?! But as hundreds of us unfortunately found yesterday, indeed they can…!”

The train was eventually redirected to Sheffield where the service was terminated, The Yorkshire Post reports.

Passengers then had to catch a different train to their intended destination.

A CrossCountry spokesperson said: “Unfortunately, while being diverted because of an earlier event, our 14:35 service from Newcastle to Reading was involved in an operational incident near Pontefract that meant it was unable to continue.

“After a delay the train was able to travel to Sheffield were it was terminated, and customers were able to continue their journeys on alternative services.

“The cause of this incident is currently being investigated.”

More than four million trains were rescheduled in the move, but passengers complained after many were cancelled. 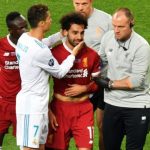