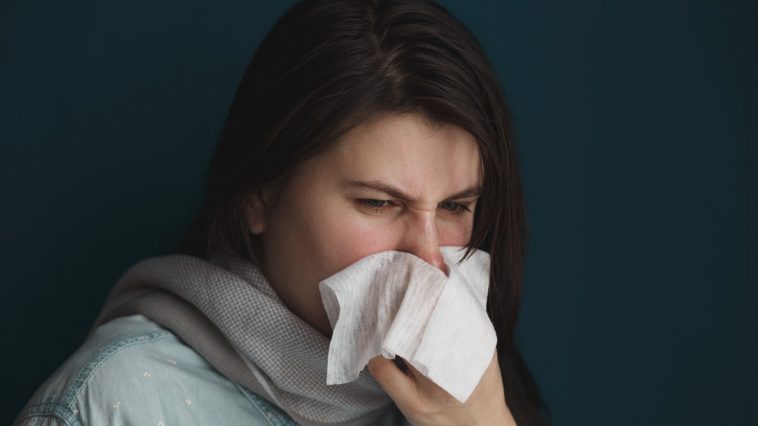 A runny nose can seriously decrease the quality of your life. To solve this problem, many people turn to nasal sprays. There are several types of nasal sprays-one of them is a decongestant spray. Decongestant nasal sprays (DNSs)  help relieve nasal congestion due to the inflammation of the nasal passages. DNSs provide fast aid by reducing swollen blood vessels in your nose. This, in turn, reduces inflammation and allows you to breathe easily.

Regardless of its magical property, it can be used for a maximum of three days. When used longer, such sprays can cause a condition called rhinitis medicamentosa, which refers to rebound nasal congestion was caused by medications. People with rhinitis medicamentosa develop a tolerance to DNSs, so they need to use higher doses to achieve the desired effect.

All kinds of medications that you inhale through the nose are considered nasal spray. The most popular nasal spray for the treatment of runny nose and allergies often consists of active ingredients in four main groups. These are saline, steroid, antihistamine, and decongestant.

Saline nasal sprays are similar to saltwater and are designed to rinse the nasal passages. When germs and irritants enter your nose while breathing, your nose produces mucus to flush them out. Saline sprays can flush out irritating substances before they damage tissues and cause inflammation or help to get rid of excess mucus.

Sometimes saline sprays may cause irritation from the preservatives they contain. However, if your nose is irritated because of dry winter air, such sprays can hydrate and relieve nasal dryness.

Corticosteroid nasal sprays are designed to reduce swelling in the nasal passages. They often used to treat chronic congestion caused by allergies or irritants. Some of them are available at the local drugstore while others require a doctor’s prescription. Steroid nasal sprays are considered safe for long-term use in adults but have some side effects which include stinging and burning of the nasal passages, sneezing, and throat irritation.

Antihistamines nasal sprays with azelastine work best to reduce congestion caused by an allergic immune response and have proven to be very safe. Studies confirm that such nasal sprays are even more effective than oral antihistamines and some corticosteroid nasal sprays.

Antihistamines sprays containing azelastine may have side effects such as bitter taste, tiredness, weight gain, muscle pain, and nasal burning.

Decongestant nasal sprays (DNS) often contain oxymetazoline which works by constricting blood vessels in the nasal passages. Such sprays are best to use for colds, flu, and other short-term problems. When your nasal passages are swollen they feel blocked and congested. This swelling affects mucus production by increasing it, which causes a runny nose. Decongestant nasal sprays shrink blood vessels to reduce inflammation and mucus production.

If you use a DNS, you may experience burning, stinging, increased mucus, dryness in the nose, nervousness, nausea, headache, and difficulty falling or staying asleep. Call your primary care doctor right away if you experience similar symptoms after using decongestant nasal sprays.

Consequences of Using DNS for Too Long

Some studies find that when using DNS for too long it causes congestion rather than preventing it. The longer you use a DNS, the more you build up a tolerance to it, which means that you require increasingly larger and more frequent doses to achieve the desired effects. Sprays shrink the blood vessels in your nasal passages and when the effects wear off, the nasal passages swell up again causes immediate withdrawal congestion.

Symptoms of overuse include using DNS longer than one week, using it more frequently than directed, and suffering from serve congestion when you try to stop using it or skip a dose. In addition, it’s likely that regardless of the cause of congestion, it will return especially if you suffer from chronic allergies.

Studies show that DNS dependence can be treated successfully. Recovery usually lasts less than one week and withdrawal symptoms can be easily managed. Some doctors state that the best way to stop overusing DNS is to use a steroid nasal spray. About six months are required to get rid of tolerance to decongestion sprays. 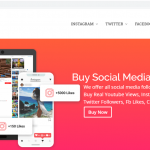