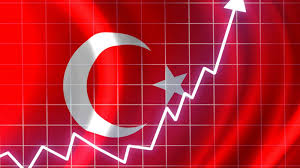 Turkey is considered to be a developing nation. The developmental stage of a nation is determined by a number of factors including, but not limited to, economic prosperity, life expectancy, income equality, and quality of life. As a developing nation, Turkey may not be able to offer consistent social services to its citizens. These social services may include things like public education, reliable healthcare, and law enforcement. Citizens of developing nations may have lower life expectancies than citizens of developed nations. Each year, Turkey exports around $167.6 billion and imports roughly $242.9 billion. 11.1% of population in the country are unemployed. The total number of unemployed people in Turkey is 9,092,773. In Turkey, 16.9% of the population lives below the poverty line. The percentage of citizens living below the poverty line in Turkey is fairly high, but is not reason for complete concern with regard to investments. Potential financial backers should look at other economic markers, including GDP, urbanization rate, and strength of currency, before making any decisions regarding investments. Government expenditure on education is 2.6% of GDP. The Gini Index of the country is 40.2. Turkey is experiencing poor equality. The gap between the richest and poorest citizens in this country is quite noticeable. Turkey has a Human Development Index (HDI) of 0.759. Turkey has a high HDI score. This indicates that the majority of citizens will be able to attain a desirable life while providing substantial aid and assistance to citizens with lower living standards. The Global Peace Index (GPI) for Turkey is 2.363. The strength of legal rights index for Turkey is 3. Overall, it is considered to be rather inadequate – bancrupcy and collateral laws are able to protect the rights of borrowers and lenders to some degree; credit information may be sufficient, but hardly available, or, the oppoiste case, available but not sufficient.

The currency of Turkey is Turkish lira. There are several plural forms of the name ‘Turkish lira’. These are lire, liras. The symbol used for this currency is ₺, and it is abbreviated as TRY. The Turkish lira is divided into Kurus; there are 100 in one lira.

In Turkey, the institution that manages the state’s currency, money supply, and interest rates is called Central Bank of the Republic of Turkey. Locally, the central bank of Turkey is called Türkiye Cumhuriyet Merkez Bankası. The average deposit interest rate offered by local banks in Turkey is 16.8%.

Turkey has a government debt of 35.5% of the country’s Gross Domestic Product (GDP), as assessed in 2013.

The corporate tax in Turkey is set at 20%. Personal income tax ranges from 15% to 35%, depending on your specific situation and income level. VAT in Turkey is 18%. 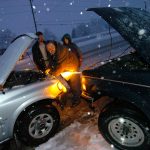 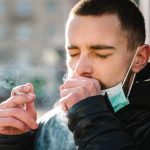