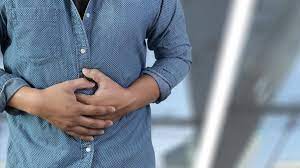 If you’ve just been diagnosed with ulcerative colitis (UC) or know someone who has, you know how difficult it is to cope with this inflammatory bowel illness, which is caused by inflammation in the colon lining, which causes ulcers to form.

When you combine the complexities of this chronic ailment with the reality that three million Americans suffer from inflammatory bowel diseases such as UC and Crohn’s disease, you have a recipe for misinformation.

Continue reading to learn about some of the UC myths—and facts.

UC appears to be an illness that strikes in two different decades of life, unlike several diseases that strike in childhood or adulthood (though it can, of course, be diagnosed at any age). Doctors have discovered two UC age onse peaks. Patients in their second to third decades of life have the first peak of onset. Patients in their sixties who were once entirely healthy and then present with new-onset GI issues in their sixth decade make up the second peak.

You consumed too much fried food

It’s all too tempting to blame yourself for developing UC, but this isn’t true. After you’ve been diagnosed with UC, dairy, caffeine, alcohol, fried, greasy, and spicy foods, as well as some sauces, cabbage, broccoli, and artificial flavorings, can all cause symptoms.

Patients frequently tell me that they believe UC was caused by poor eating habits when they were younger. This has no direct association to UC. Because it’s critical to understand how foods affect your illness, you’ll likely visit your gastroenterologist on a frequent basis to discuss your symptoms and flare pattern.

There’s only one cause of Ulcerative Colitis

UC is thought to be caused by a combination of factors, including genetics, environment, food, and an overactive immune system, according to experts. While our immune systems defend us from illness, they also assault the lining of our intestines in UC. Doctors are also trying to figure out what’s causing this condition, but they haven’t been able to pinpoint anything specific.

According to the National Institutes of Health, 8 percent to 14 percent of people have a family history of UC. The question is what causes the dysregulation of the inflammatory response, which is the cause of UC symptoms. Doctors know that the immune system is predetermined genetically, and that persons with inflammatory bowel disease have a genetic predisposition that is then modified by their environment. However, there is no single gene that causes UC at this time. This appears to be distinct from cystic fibrosis, which is caused by a genetic abnormality.

While both UC and Crohn’s are inflammatory bowel illnesses, there are some key differences between the two, such as the fact that they can affect different regions of the gastrointestinal tract. They differ in terms of the extent to which the GI tract or colon wall is involved. Because many of the treatments we have are used to treat both disorders, there is some overlap in how people think about them.

Treatment options for UC are limited

Several treatment regimens have emerged in the last 30 years that can help manage symptoms, handle flares, and even lead to remission in some individuals.

Anti-inflammatory drugs, corticosteroids to reduce inflammation, immunomodulators, and biologics are some of the therapies that can stop or improve symptoms by reducing inflammation in the intestine.

You can’t live a full life with UC

Yes, the symptoms of UC can be severe and include bloody and mucous diarrhea, little notice before a bowel movement, a regular sense of wanting to bowel move, and waking up to have a bowel move. You can, however, maintain a normal life. With contemporary medications, people with UC can achieve remission and have a high quality of life, including normal school and job performance and family life. 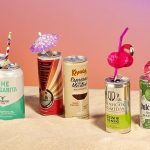 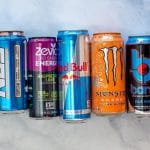