England is considered a nation of dessert lovers. You won’t find any native who doesn’t have a sweet tooth. Because there are several options, hence it is difficult to term one dessert as Britain’s favorite. However, making a list of popular desserts is easy. So, here is a list of the most popular desserts in England.

Banoffee pie is made with bananas, cream and toffee topped over a pastry base. The base is often made with crumbled biscuits too. This dessert got its name with the combination of Banana and toffee. It was invented in the 1970s at a restaurant in Sussex.

The dessert dish is extremely popular all over the world that it is also included in the dictionary. The recipe can be found anywhere over the internet or in most of the cooking shows. You can also search for a Banoffee Pie at a restaurant near you.

Named after the Queen, this layer cake filled with jam was invented by Queen Victoria’s cooks. Developed in the 19th century, the Victoria Sponge was a must have in Queen’s tea parties along with other snacks.

The cake is filled with layers of raspberry or strawberry jam. There are some modern variations as well that include other fillings of jams and cream. However, the original Victoria Sponge only has a jam filling, dusted with caster sugar. The Victoria Sponge can be found in every English Tea room.

Fruit Trifle is another popular English dessert. It has layers of sponge cake, fruit jams, egg custards, fruits, and puree. The sponge is soaked with syrups like wine and or brandy. The dessert is topped with whipped cream.

Fruit trifles are prepared in glass bowls as a tradition. Modern variations include chocolate syrups, nuts, jellies, cherries, and fruit juices, etc. A fruit trifle can be found anywhere in England. However, you will see many different variations in it with the toppings and ingredients.

The Bakewell Tart is an old traditional English Dessert. It has a pastry filled with fruit jam, sugar, eggs, almonds, and butter. The tart is baked carefully so that it remains moist and light. It is served warm with whipped cream or ice-cream.

The dessert got its name from the wells that flow in Bakewell (bath and kwell) area, Derbyshire.

Another popular one from the Menu of English Desserts. Bread and butter pudding is a better way to make use of old bread. It has slices of bread, spread with butter. The dish includes raisins, custard, and spices like cinnamon and nutmeg. Vanilla can also be added to the dessert. The whole dish is baked in the oven until it becomes crispy on the edges while giving a soft creamy center. Modern variations of the dish include jams, fruits and is served with cream.

Another favorite of the English people and the whole world is ice-cream. You’ll find vendors with soft scoop Ice cream machine everything in England. 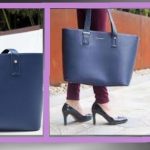 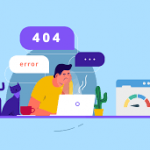