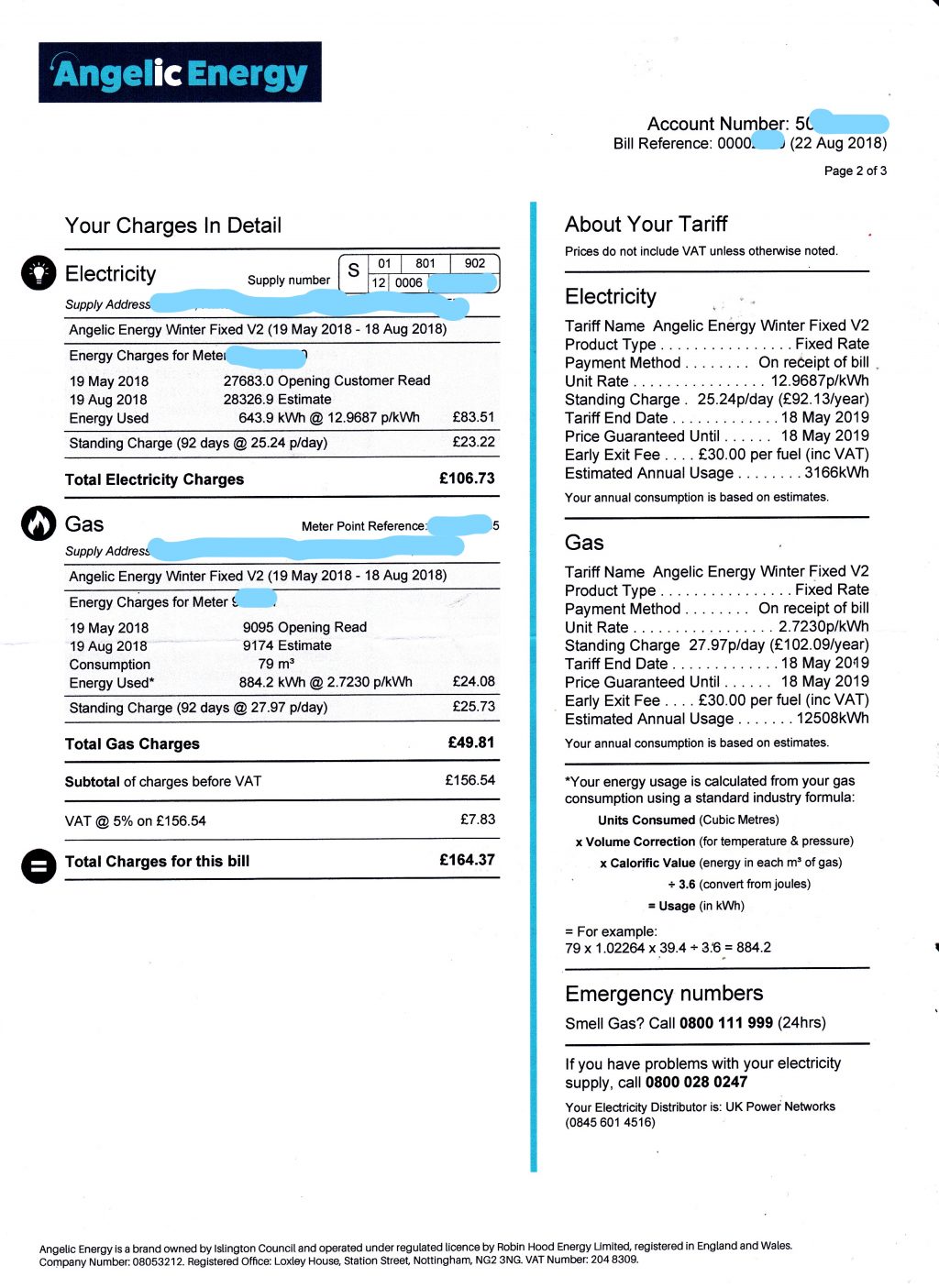 You will be glad you are reading this piece if you are a London resident or you have a family or friends living in London who could potentially benefit from saving a couple of hundreds of Pounds by switching their energy provider to Angelic Energy – a not-for-profit energy provider run by Islington Council in London.

Proof of savings. I have attached copies of my bills to show the proofs of the savings that I have made when I switched my energy sipplier. It is estimated that I will save about £400 in a year which is incredible. It’s simply unbelievable.

Do you need to shop around using comparison websites? Yes, you can. In fact, it is a wise step to do your personal research on google using keywords such as: ‘switch energy provider’, ‘switch electricity’, ‘save money on energy provider’, cheap energy supplier uk’, etc.

Are you non-London Residents? If you live elsewhere outside the capital, simply shop around for better deals. Remember to do this every now and then. Never again get stucked with an energy supplier.

Do you need an intermediary or Agent to switch energy? No

Does it cost money to switch energy? No.

Further savings: You can make additional savings by opting for Direct Debit and Paperless bills.

How to switch? Switching is far easier than thought. Just contact your prospective new energy supplier on the phone or through their website. In my own case, I simply filled out a form on https://www.angelicenergy.co.uk and I diligently chose a tarrif which I think will provide me the best value, then submit the form. I received an email confirmation a couple of minutes later which was followed by a hard copy about a week afterwards confirming my intent and advising that the switch process had started. Later on, Angelic Energy asked me to send my meter readings to them which will be the starting meter readings. They in turn communicated the readings to E.ON so that they can send me their final bill.

My current energy provider E.ON only sent a “we’d like you to stay” about three weeks following my switch move. Stay for what?! To continue to be ripped off? Certainly, no!

Their letter was a beggar’s belief considering the fact they are non-challant, rude, greedy, opportunistic, inconsiderate, lacking good customer service, and above all exploitative with years of imposing literaly inflation busting increment in tarrifs at any slightest opportunity often on the premise of increase in the wholesale cost of crude oil. Claims which were often unfounded and disproved in the media.

The ‘big six‘ is a term used to describe the six largest UK energy companies operating. They are EDF Energy, British Gas, E.ON UK, npower, SSE, and ScottishPower. Collectively, they currently supply about 95% of British households with gas and electricity.

There were campaigns in the media urging householders to switch energy providers to save them money especially if they are with the so-called rip-offs big six.

In case you are wondering what my energy usage looks like, I live in a four-bed maisonette with large family. I mean a family of six … I reckon that’s large enough.

Angelic Energy is a not-for-profit gas and electricity supplier for the people of London.

If there’s one thing I regretted, it was my reluctance to switch energy provider for so long as I had wasted Thousands of Pounds during my nine year in sticking with the EoN standard energy tarrif which apparently was run by a cabal and spare no time in increasing energy tarrifs a number of times in a year at times. EoN is part of the famed Big Six Energy Providers in the United Kingdom who has dominated the energy industry for quite a long time.

Thanks to deregulation of the energy sector and the emergence of newbies which are smaller competitors but with value savings.

Disclaimer: I have provided the above article based on my personal experience and I hope it will help other people to make an informed choice. I do not have any relationship with Angelic Energy other than being a customer.