A woman was sent a £156 bill by her in-laws after she accidentally broke a wine glass at their home.

The mum-to-be, who is currently five months pregnant with her first child, had been visiting them with her husband when the break happened.

At first they appeared to express their indifference over it. However, all was not as it seemed, as the woman explained on a Mumsnet thread.

“Went to PIL’ [parents-in-law] home last weekend, had a glass of wine and I accidentally dropped it,” she wrote. “No big deal, they shrugged it off.”

The woman highlighted the fact that she believes she has a good relationship with both of her husband’s parents, having been with him for four years.

However, despite their apparent lack of concern over the broken wine glass, they then proceeded to send an email to the woman a few days later asking that she reimburse them or replace it.

“I didn’t know at the time, but said wine glass apparently happens to be pretty high end,” she wrote.

“FIL [father-in-law] has this morning sent me an email saying that I can just transfer the £156 to him or buy the glass online. At first I thought it was a joke only to realise that these people have no sense of humour.

“Really shocked at this as they are not known for being stingy.”

The woman also stressed the fact that while her in-laws are fairly wealthy, she and her husband are not as financially stable.

She revealed that she was tempted to replace the wine glass with a £20 version from Amazon and asked for her fellow Mumsnet users to express their views on the situation.

Numerous people agreed that the in-laws were being unreasonable with their request, especially as they had appeared not to mind about the broken wine glass at the time.

“He has the money to buy expensive glasses, but not the class to go with it,” one person commented.

However, one person chimed in that the woman should have immediately offered to replace the wine glass, writing: “If I broke something at someone else’s house I would offer to replace it and expect to do so.

“Your FIL is rude to ask, but it’s even poorer form that the OP [original poster] didn’t offer in the first place.”

Last month, a mother sparked outrage after charging her friends to attend her baby shower to cover the costs of the event. 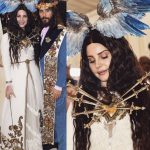