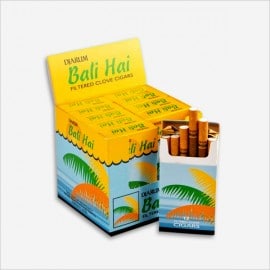 Djarum Black Cigars: the black cigars are exactly the same as the black once was, as there’s a slight taste to remind that, this is a mini-cigar which are wider than the original ones and just a bit wider than the average cigarette/cigars. However, these cigars are commonly come in the packs of 12 and are painfully expensive.

Djarum Bali Hai Cigars: among all the brands of Djarum filtered cigars, the Bali Hai cigars make the best transition, as the fruity traces to the Bali Hai cigars blend coat over the hint of cigar flavour. Moreover, these cigars are the same as the new black cigars and they come in the same pack-of-12.

Djarum Black Vanillas: this flavour is one of the favourite brands from the new cigar line-up they’ve released. They are only slightly sweet, adding hints of vanilla atop the clove and they are also same as the other ones and come in the 12-pack with same price hike, but worth the most for the money.

Djarum Special Cigars: The worst transition from cigarettes to cigars fell on the Specials is that the original flavour of the cigars was too distinct to capture in a cigar. However, the new special cigars are sweeter as they don’t have that same lingering burn as the original ones and you would really feel they are lacking something. People who smoked special lights would likely give these flavoured cigars 3 out of 5 stars.

Djarum Cherry: One of the most popular and well known new flavours among the smokers is cherry. These cigars are definitely new favourites and at the same time, it is very cherry. Though, anyone who doesn’t like the flavour should steer clear and for those who loves cherry and loves Djarum will also going to have a new obsession and love for these cigars as well. 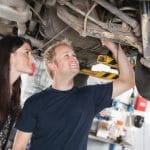