over Tottenham murder
Sky News Sky News Fri, 6 Apr 18:57 BST
Reactions Reblog on Tumblr Share Tweet Email
Scroll back up to restore default view.
A man has been arrested on suspicion of murder after the fatal shooting of 17-year-old Tanesha Melbourne-Blake in north London.

She was killed in Tottenham on Monday amid a recent rise in murders in the capital – most of them involving knives.

Police believe the shots were fired into a group of people from a car.

A 30-year-old was arrested in the east of the city on Friday morning and remains in custody at a London police station.

Officers were called to Chalgrove Road at 9.35pm on Monday and found Tanesha with a gunshot wound.

Despite efforts to save her, she was pronounced dead at the scene just over an hour later.

Police say they have an open mind on the motive for the attack and are still trying to establish the car used in the murder, as well as the number of people in the car and in Tanesha’s group.

A 16-year-old, Amaan Shakoor, also died the same night after being shot in the face just a few miles away in Walthamstow.

Extra police have been put on the streets near where Tanesha was killed, and in the wider area.

Many of the more than 50 murder victims in the capital this year have been teenagers, with police concerned that social media is helping relatively minor disputes quickly escalate.

:: London’s year of horror so far: The victims

On Wednesday, Israel Ogunsola, 18, was stabbed in Hackney and died at the scene. Two 17-year-olds have been arrested.

The violence continued on Thursday as a 13-year-old boy was among six teenagers taken to hospital after more violent attacks in London.

In a sign of the pressure on detectives, Scotland Yard has enlisted the support of City of London police to help cope with the number of cases.

London Mayor Sadiq Khan has continued to attack the Government in light of the rising rate of violence.

He has blamed “the level of cuts” made to policing in the city, claiming that £700m of funding had been lost from the police budget since 2011.

Meanwhile, Metropolitan Police chief Cressida Dick has pledged to use “Al Capone” tactics in a bid to curb the number of murders and knife attacks in the capital.

She said a new task force of 120 officers would focus on the most violent gang members and individuals to take them off London’s streets “for any crime”.

US gangster Al Capone was jailed for tax evasion in the 1930s when traditional law enforcement methods failed. 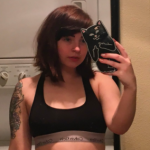