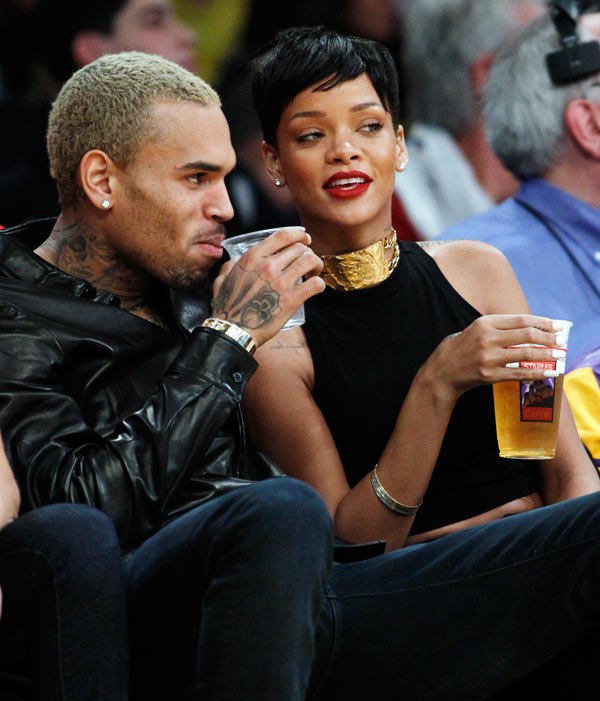 Rihanna Touched That Chris Brown Wants To Help Her After Home Burglary – Will She Let Him?
Jade Boren September 27, 2018 11:49PM EDT

After Rihanna’s Hollywood Hills home was robbed on Sept. 25, ex-boyfriend Chris Brown wanted to play detective. RiRi has already decided who she’ll be turning to for help, HL has EXCLUSIVELY learned.
Rihanna, 30, is counting on help to figure out who broke into her Hollywood Hills home on Sept. 25. Chris Brown, 29, volunteered for the search team, as we’ve told you on Sept. 26. And the offer didn’t go unnoticed, we now learn! “Rihanna is really freaked out and frightened by this second break-in at her home,” a source close to the Anti singer EXCLUSIVELY shares with HollywoodLife. The first break-in was committed by 26-year-old Eduardo Leon in May, who was arrested for felony stalking and burglary. But the perpetrators of this week’s crime remain unidentified. “She’s relieved she wasn’t at home at the time but feels violated knowing strangers have been in her house. She feels vulnerable, so knowing that Chris wants to step in and handle this for her really hits her in the heart. She appreciates that he still cares so much.”

But will the Fenty Beauty CEO take up Chris’ offer? The “Look At Me Now” rapper has already charged his security team with the task of finding out “who is messing with [Rihanna] and breaking into her place,” a source close to Chris EXCLUSIVELY told us on Sept. 26. But remember, Rihanna is the epitome of a boss lady. She’s got the situation under control, as she’ll be relying on her own intelligence. “She’s having her own team handle this, they’re looking at ways to beef up security,” our source now reveals to us. “She already has a very sophisticated security system, but her team is looking at what other options they can implement to secure the home further.” RiRi’s security system does need beefing up, because in addition to the two break-ins, her alarm was “accidentally triggered” on Aug. 13, which caused a fleet of LAPD cars and a helicopter to rush to her abode, TMZ reported.

Rihanna even has a last resort. “And if they don’t feel satisfied, she may sell her home because her safety and security is number one,” our source admits. “She is terrified of another break in, she wouldn’t be able to handle it.” Before Rihanna jumps to putting her house up for sale, she does have some clues. The Los Angeles Police Department’s public information officer, Jeff Lee, provided more information about this week’s home invasion. “Prior to officers arriving, it looks like three black males fled the location. They are still outstanding,” the officer told USA Today on Sept. 26. “Just like any other burglary, officers will sift through video surveillance to identify these guys and if there is no luck they will release the videos to the public to identify responsible parties,” Lee continued to explain.

Well, there goes Chris’ chance to redeem himself after their breakup in 2009. Although Rihanna admitted to Oprah she’s forgiven Chris for assaulting her at a 2009 pre-Grammys party in a 2012 interview, the hip hop hit maker still wanted to prove himself. “Chris is willing to do whatever it takes to protect Rihanna,” our source close to Chris continued to tell us on Sept. 26. “He feels like if he can help her somehow, be her knight in shining armor, maybe then [he] can prove himself to her and begin to fix some of the things that went wrong between them over the years.”