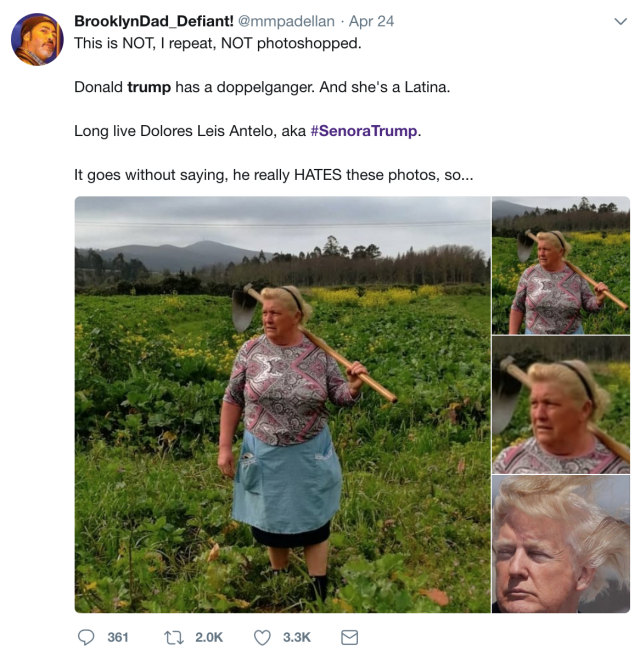 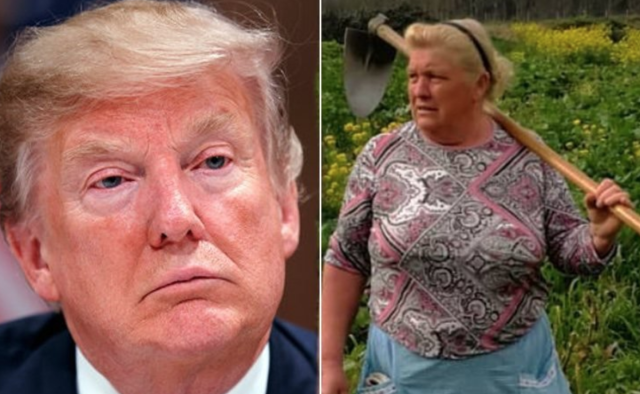 Image via Twitter
They say everyone has a doppelgänger somewhere. Even U.S. President Donald Trump.

A Spanish potato farmer has been nicknamed “Señora Trump” after her photo gained internet fame for bearing a striking resemblance to the American President.

Dolores Leis Antelo was photographed by a journalist in the northwestern area of Cabana de Bergantiños, for an unrelated story. 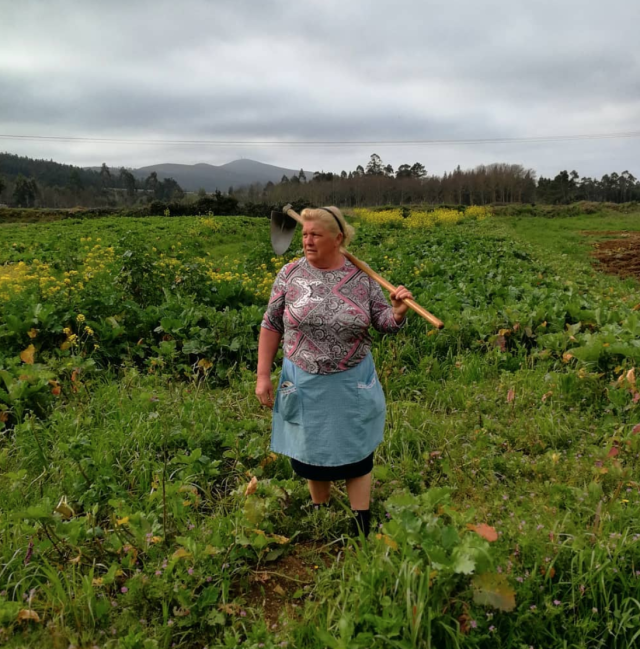 Dolores Leis Antelo. Photo via Instagram
“My photo seems to have travelled far. I say it is because of the colour of my hair,” Antelo said, according to Spanish newspaper La Vos de Galicia.

What a coincidence, people love Trump’s hair, too! 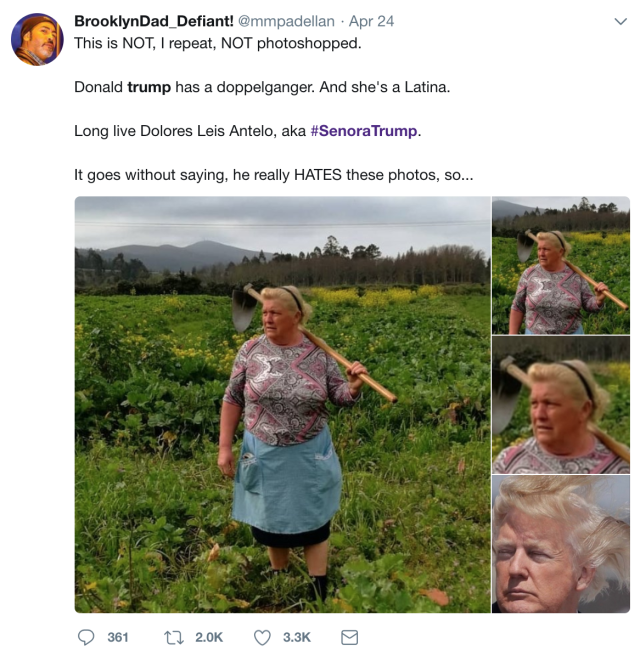 While the physical similarities between Antelo and Trump are uncanny, one can’t help but notice the differences between the two.

For starters, Antelo is female, Trump is male.

Antelo’s tan is real, Trump’s is not.

Antelo is a hardworking farmer performing manual labour who doesn’t own a computer or a telephone. Meanwhile in North America Trump is a billionaire with “small hands” who inherited his money from his father, ran a divisive presidential campaign and loves Twitter almost as much as he loves Mar-a-Lago.

Trump has not yet Tweeted about his newfound lookalike. Give it time, it’ll happen. 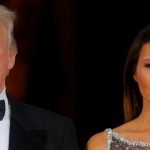