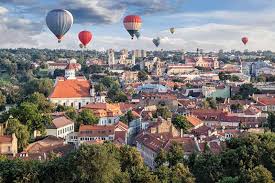 Lithuania lies at the edge of the East European Plain. Its landscape was shaped by the glaciers of the last Ice Age. Lithuania’s terrain is an alternation of moderate lowlands and highlands. The highest elevation is 297 meters above sea level, found in the eastern part of the republic and separated from the uplands of the western region of Zemaiciai by the very fertile plains of the south-western and central regions. The landscape is punctuated by 2,833 lakes larger than one hectare and an additional 1,600 ponds smaller than one hectare. The majority of the lakes are found in the eastern part of the country. Lithuania also has 758 rivers longer than ten kilometers. The largest river is the Nemunas (total length 917 kilometers), which originates in Belarus. The other larger waterways are the Neris (510 kilometers), Venta (346 kilometers), and Sesupe (298 kilometers) rivers. However, only 600 kilometers of Lithuania’s rivers are navigable.

Lithuania’s landscape is pleasing to the eye but modest in resources. The area has an abundance of limestone, clay, quartz sand, gypsum sand, and dolomite, which are suitable for making high-quality cement, glass, and ceramics. Oil was discovered in Lithuania in the 1950s, but only a few wells operate in the western part of the country. Lithuania has five national parks (Aukštaitijos, Dzūkijos, Žemaitijos, Kuršių nerijos and Trakų) and 30 regional parks filled with virgin forests and unspoiled marshland, inhabited by protected wild animals and rare birds. 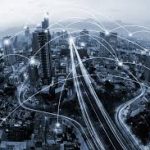 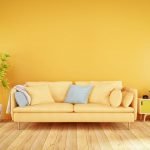