SHODASI : SECRETS OF THE RAMAYANA

Seshendra : Visionary Poet of the Millennium

Ramayana, a replica of Vedas

There are several versions of the Sri Ramayana, one of the two greatest epics. Following Sri Valmiki Ramayana several editions have been published in various languages, besides scores of commentaries written across centuries. Late. Gunturu Seshendra Sharma, scholar poet of 20th Century unearthed secrets of the Ramayana through his popular Telugu book “Shodasi”.

The novelty of nomenclature Shodasi , called Sri Vidya is reflected , in the 16th Chapter . Sharma’s intellectual depth comes forth in analyzing Sundara Kanda specially through Kundalini Yoga . The author highlights hidden truth in Valmiki’s thought that is similar to Vedas and says that Trijata’s dream in Sundara Kanda reflects Gayatri Mantra of 32 Syllabi in 4 lines. Sharma pays rich encomiums in the description of Lanka surrounded by three impregnable borders. He compares these three borders with Trikuta viz… Shakti , Kaamaraaja , Vagbhava Kutas with those of Sri Vidya in Kundalini . A staunch believer of Vedas, the author feels that Ramayana is a replica of Vedas and oriented towards the character of Indra . He concludes that in Ramayana the mentioning of the supreme God is Indra and not Vishnu, as the presiding deity of valour in Vedas. Utterances of the word Vishnu were considered to be imaginary overstatements in the author’s view.

This book lends a new perspective to the Ramayana by adding the dimension of Kundalini Yoga .

The foreword by Vishwanatha Satyanarayana adds credibility to the book. The current work is an English translation of the original by Gurujada Suryanarayana Murthy , a scientist by profession . His proficiency in the subject is evident in the translation throughout that doesn’t swerve from the original’s purport. 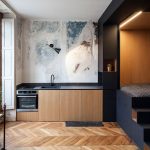 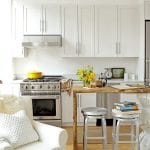