Controversial media personality Katie Hopkins has allegedly applied for an insolvency arrangement in a last ditch attempt to avoid bankruptcy, after piling up debts.

In 2017, Hopkins lost a libel case against the food blogger Jack Monroe after sending two tweets in which she implied that Monroe supported the vandalism of a war memorial.

Hopkins’ Daily Mail column and LBC show both ended this year by “mutual consent” and she put her £1million Exeter mansion on the market in February this year, selling it for £950,000 within three weeks.

Monroe tweeted the claim that Hopkins had entered an insolvency arrangement to pay the rest of her debts, otherwise known as an Individual Voluntary Arrangement (IVA).

She wrote: “I can confirm today that following that landmark libel case, Katie Hopkins has entered into an IVA to avoid bankruptcy. I knew for a while but could not say anything for legal reasons. The arbitrary defender of free speech didn’t want anyone to know, ironically…”

″…I have been paid in full, but many of her creditors, including my lawyer, will not be paid what they are owed. For the want of an apology, a house, a job, a column, a radio show, and now financial solvency, were lost. It’s all very sad, actually.

“I’m not cruel nor celebrating – that case cost me 18 months of sanity and work, and I think neither of us wanted it to turn out this way.”

The tweet read: “The only thing people in debt have in common other than bad money management, is an ability to blame anyone but themselves.”

In the 2015 libellous tweet against Monroe, Hopkins wrote: ”@MsJackMonroe scrawled on any memorials recently? Vandalised the memory of those who fought for your freedom. Grandma got any more medals?”

Monroe said that Hopkins’ tweet implied she had either vandalised a war memorial or “condoned or approved” of the criminal damage to the memorial.

She replied to Hopkins, asking that she apologise but this request was declined – resulting in Jack filing a complaint of defamation against her.

Hopkins is yet to publicly respond to reports of the IVA deal. 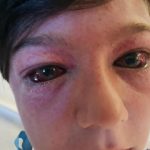