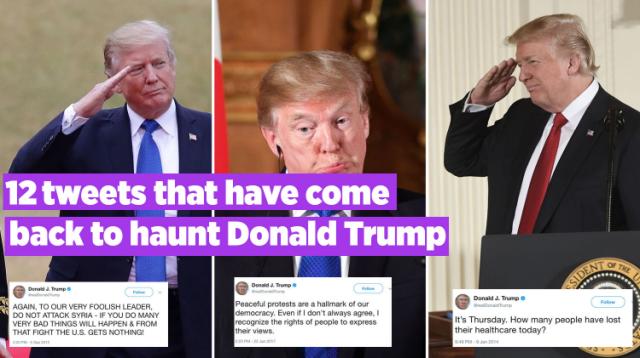 Stormy Daniels’ allegations have rocked the White House (Getty Images)
Until a few weeks ago, the name Stormy Daniels might have been mistaken for a turbulent weather front coming in off the Atlantic. It’s not that far from the truth. Except the only place battening down the hatches is the White House.

Now, many are wondering whether this remarkably resilient and determined mother-of-one might even bring down the most powerful man in the world.

The adult film star met the now-President in 2006. (AP Photo/Chris Pizzello, File)
It was in 2006 that she met Donald Trump at a charity golf tournament. There, she claims she had a one-night stand with the future President in his hotel room. His wife Melania was at home, pregnant with their son Barron.

Ten years later – shortly before the presidential election and with the result seemingly hanging in the balance – there were rumours that Daniels was about to spill the beans. How devastating her revelations would have been for Trump’s campaign, we will never know.

Instead, she says that Trump’s lawyer Michael D Cohen dipped into his own pocket and bought her silence for the sum of £95,000 ($130,000). Donald Trump duly became the 45th President of the United States.

There perhaps, the story might have ended. Yet even in the face of the ceaseless whirlwind that is the US media’s news cycle, this particular storm will not relent.

MORE TRUMP THAN TRUMP
Donald Trump is not a man to whom allegations of sexual impropriety are a novelty. Historically, he has batted them away with his signature brash ebullience and threats of legal action. But none of these less-than-subtle responses have shifted Daniels from the scene. What makes her a tougher nut to crack?

Firstly, she’s not an easy target. Trump’s Republican base – so often readily mobilised with pitchfork and musket in his defence – sees her as one of their own. Born into a working-class family in a solid GOP state, the stripper turned self-made successful businesswoman is more Apprentice winner than leftie snowflake.

Neither will claims that she’s in any way a ‘dumb blonde’. It can be no coincidence that her tour kicked off on the anniversary of Trump’s inauguration. Her revelation on the recent US news programme 60 Minutes that Trump told her she was “smart, just like my daughter” was precision targeted to undermine the President and upset stomachs simultaneously.

In interviews, Daniels also comes across as confident and thoughtful. She is careful to stress she is not a victim and makes no claims of association with the #metoo campaign.

Her Twitter feed reveals that like Trump, she can shoot from the hip. But unlike him, she is modest, thick-skinned and genuinely grateful for the support she is receiving. In fact she seems to take joy in the often vicious abuse she receives, countering the barbs like a comedian skewering a heckler.

Responding to a tweet saying “prostitutes will do anything for money” she jokes “NO amount of money can convince me to do dishes or toilets”. And as another tweet encourages her to run for the Republican presidential nomination in 2020 she replies “No! That’s a dirtier job than the one I already have…guessing far less orgasms, too”. Meanwhile, despite Trump’s previous eagerness to post his own unfiltered opinions on Twitter at all times of day and night, he’s been notably silent on the matter of Daniels.

But banter on Twitter is one thing. Daniels alleges more sinister developments, including physical threats being made in person against her and her infant daughter. But she has proven she will not be intimidated. Stormy Daniels is not going anywhere.

IT’S NOT THE CRIME, IT’S THE COVER-UP
But the real reason the scandal won’t go away is because it’s not about Trump having extra-marital sex. Frankly, many people would be more shocked if he hadn’t been unfaithful.

The question is, did the hush money payment Daniels received in 2016 constitute a break of campaign finance laws? Michael Cohen, after initially denying he’d paid-off Daniels, finally admitted the truth earlier this year. If the payment was made with the Trump organisation’s knowledge, and because the payment was not declared, then there is potentially a serious legal case to answer. To that effect, Daniels’ lawyer has filed a motion in the US District Court requiring Trump himself to testify at the trial.

Trump has testified in court before. But never as president, and never with so much at stake. Mid-term elections take place in November. His ratings are already perilously low.

The impact Stormy Daniels may yet have on his presidency could indeed be X-rated. 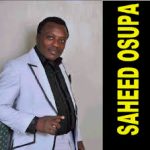 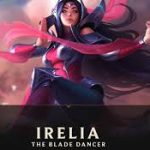