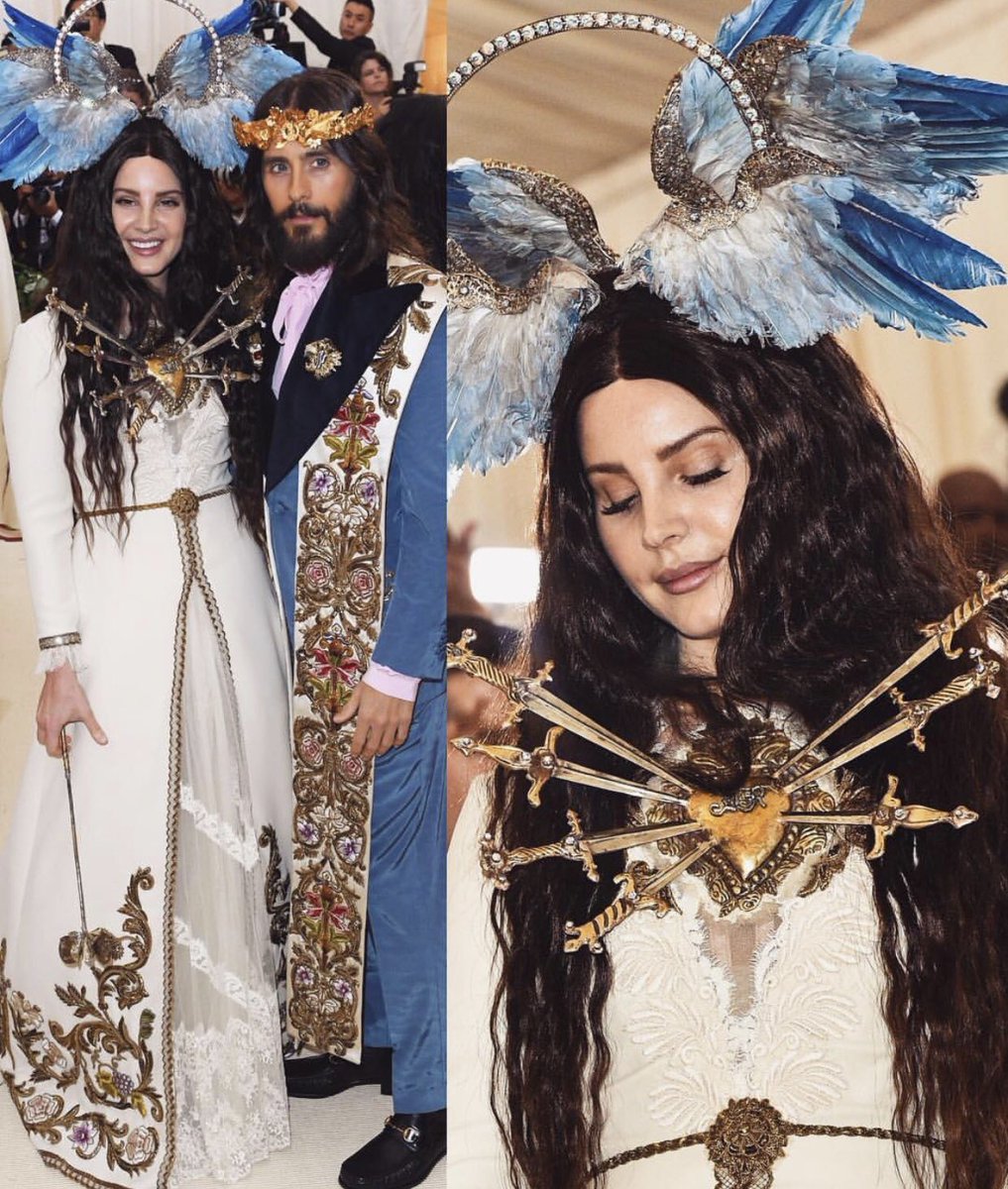 The theme of Monday night’s Met Gala, “Heavenly Bodies: Fashion and the Catholic Imagination,” served up a whole procession of looks inspired by the church. Rihanna channeled the Pope, Katy Perry donned angel wings, and Sarah Jessica Parker had an entire nativity scene perched on her head.

For fashion fans, it was a smorgasbord of over-the-top eye candy and designer creativity. For many Catholics, however, it was “blasphemy.”

Although quite a few former Catholic schoolgirls — including Madonna and Kim Kardashian — were among those dripping in crucifixes and other exaggerated takes on religious paraphernalia, some felt that the theme was making a mockery of their faith.

The Costume Institute’s “Heavenly Bodies” exhibit was designed to recognize the influence of the church has had on fashion, as well as to pay homage to the pageantry of religious garments. But did the Met Gala go too far with some of its more literal interpretations, from Rihanna’s towering papal miter to Lana Del Rey’s Gucci get-up, which included a heart pierced by seven daggers inspired by Mexican iconography?

And it’s not just the outfits that courted controversy. The party included a performance of “Like a Prayer” by Madonna and monk-styled backup singers, while Vogue’s social media features a video of Rihanna dancing around the exhibit to Depeche Mode’s “Personal Jesus.”

It’s not the first time the Met Gala has been accused of blurring the line between tribute and parody. Attendees at the 2015 Gala, whose theme was “China: Through the Looking Glass” were criticized for culturally appropriating Asian style.

Read more from Yahoo Lifestyle:
Bella Hadid wears a dress covered in crosses for the Met Gala
Lynda Carter, 66, looks regal in gold crown at the Met
The internet’s obsessed with Ashley Graham’s thigh at the Met Gala