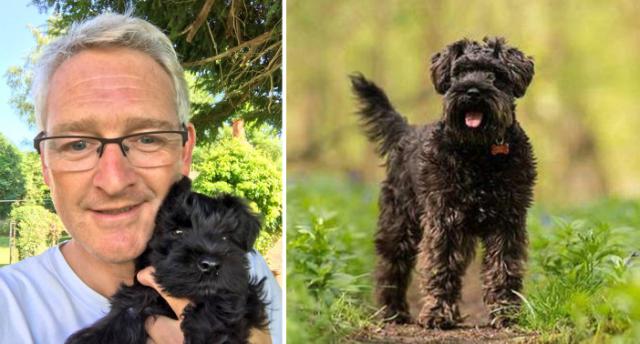 A man has been reunited with his missing dog five days after she was stolen by an Amazon delivery driver.

Richard Guttfield realised his 11-month old miniature schnauzer, Wilma, was gone minutes after an Amazon dog food delivery had been dropped off.

As well as launching an online appeal and putting up posters in his home village of Marsworth, near Aylesbury, Buckinghamshire, he contacted the online giant to see if their driver might have seen Wilma or accidentally let her out.

While Amazon said they would investigate, Richard claims they were of little use – until his sister emailed founder Jeff Bezos.

Amazon promptly upped their game, with Rob Levy at Amazon Logistics in Hemel Hempstead calling Richard and promising to prioritise the case.

He checked the company’s GPS tracking software which led him to Wilma at the agency driver’s home address.

Mr Guttfield told the BBC the police are now investigating.

Richard, 51, is relieved to have Wilma back with her brother, Fred.

He wrote on his Facebook page: “Wilma is back home and doing well.

“Rob at Amazon UK was simply wonderful, he didn’t listen to the driver when he said he didn’t remember the dogs and he went to the driver’s home and found Wilma and brought her straight back.”

He also thanked his daughter, the friends who made and distributed flyers and www.doglost.co.uk.

Richard told The Sun: “Our homes are all exposed to these drivers and the vast majority of them are great. But low lives will take advantage. It’s just a miracle I got Wilma back.”

An Amazon spokesman said: “This is inexcusable. The individual is no longer delivering Amazon packages for the independent delivery service provider.”

Richard is now appealing for help in finding Sprocket, a westie who has been missing since a break in at a house in nearby Berkhamsted, Hertfordshire on April 14.