What makes the perfect sex scene? The pure eroticism? Its emotional undercurrents? The shift and flow of the camera? Of course, there’s no real answer. Our concept of how sex should work on film speaks to so many variants: what personally gets us hot under the collar, whether we seek the fantastic or the realist, or how these films should tie in emotionally with the rest of the film. A great sex scene can be raw and passionate, languid and romantic; it can be tinged with an air of sadness and longing, or even downright hilarious.

The criteria are pretty much wide open. So, in that light, here are the candidates for some of the best sex scenes ever put to film.

Derek Cianfrance dared to portray sex with any sense of realism, both physically and emotionally, only to quickly get slapped with an NC-17 rating for showing Michelle Williams’ character, Cindy, on the receiving end of oral sex. “The sex felt real – it wasn’t sexy or ‘a sex scene’, and that’s why we got into trouble,” co-star Ryan Gosling remarked to The Observer at the time. “You shouldn’t be penalised for doing a good job.”

After successfully appealing against the MPAA’s decision, Blue Valentine reached cinemas as an R, thankfully allowing mainstream audiences to see how emotionally complex a matter sex can actually be, especially in a broken down marriage like the one shared by its lead characters.

Gina Prince-Bythewood has masterfully shown Hollywood how cinema can portray realistic sex without any loss of romanticism or intimacy. That’s especially true of her directorial debut, 2000’s Love & Basketball, in which Monica (Sanaa Lathan) loses her virginity to childhood sweetheart, Quincy (Omar Epps). The moment is wonderfully tender, aided by Maxwell’s cover of Kate Bush’s “This Woman’s Work”, while being one of the rare films that actually shows the use of a condom.

“The only note that I ever got from the studio during the filmmaking process was that when I shot that scene, they looked at the dailies and they said, they didn’t think she was enjoying it enough,” Prince-Bythewood told The Huffington Post. “And my argument was, it’s the first time and despite what the male fantasy might be, it’s not that great.”

God’s Own Country star Alec Secareanu admitted he was initially “very afraid” of the kinds of scenes he would be tasked with filming for the gay drama film. “But the way each character has sex tells a lot about them; the way that they develop their relationship,” he told Attitude.

The first sexual encounter between Secareanu’s character Gheorghe and Johnny (Josh O’Connor) is quick, aggressive and with little intimacy. As Johnny slowly learns to open up to Gheroghe, their second encounter is far more romantic; intense in a different way to the first. Both actors later told of how they developed a close bond in real life after working together on-screen.

A film that finds its eroticism in small gestures – in the languid rest of a glove, in a glance, shared across a crowded room – when it comes to director Todd Haynes actually filming the first time Therese (Rooney Mara) and Carol (Cate Blanchett) have sex, their chemistry is already so palpable that the moment feels nothing short of explosive.

“It’s very much like shooting a musical number,” Haynes told E!News of the scene. “You start the music and basically you just go and the camera finds the moments and the beats. And we had some amazing material with these two women to work with.”

Barry Jenkins’ Oscar-winner is one of the most tender depictions of yearning in modern cinema. An examination of identity, sexuality, and family as witnessed across three different stages of life, its protagonist Chiron (played by Ashton Sanders here, at other points by Alex R. Hibbert and Trevante Rhodes) experiences his first sexual encounter with fellow student Kevin (Jharrel Jerome) on a quiet, isolated beach. Their fumbling may pay testament to the awkwardness of a teenager’s first experiences, but Jenkins’ approach also gives the moment a profound grace, and an acknowledgement of how it will come to shape Chiron’s own view of himself.

“It’s the first time I filmed a sex scene. It’s the first time these actors had performed a sex scene,” Jenkins told Entertainment Weekly of the scene. “It’s not gratuitous. It’s very delicate in keeping with most of the film, but it kept me up at night. I really wanted to get the feelings of that first sort of sexual expression, and I wanted to get it right… but then, when we got to shoot it, it rolled off like butter.”

Much like Blue Valentine, Nicolas Roeg’s 1973 classic swiftly faced controversy due to a sex scene so emotionally faithful (while also depicting a female character, Julie Christie’s Laura, receiving oral sex), that it caused clashes with censors. A grieving couple desperately holding onto the shreds of their marriage after the death of their child, Laura and John (Donald Sutherland)’s raw emotions and vulnerability in this moment are famously intercut with post-coital preparations to go to dinner – an attempt, in fact, to satiate censors.

Christie herself admitted the film’s innovations made the scene difficult to film since, “There were no available examples, no role models … I just went blank and Nic [Roeg] shouted instructions.”

Sex is funny, sometimes hilarious. There’s no getting through this list without acknowledging that fact, and there’s no better film to summarise it than Team America: World Police and its infamous puppet intercourse, enthusiastically filing through every sexual position in the book.

As puppet creator Stephen Chiodo noted to MovieWeb, it’s the scene’s bracing artifice that’s actually the key to its humour. As he explained, “The more realistic it became, the less funny it was. The more axes of movement, the more lifelike movement we gave the puppets during the sex scene, it just wasn’t funny. But when you had them stiff like dolls, kind of rutting, it just was funny.”

Trust David Lynch to create a highly-charged sex scene that inevitably only becomes part of the web created to deceive and befuddle us. Rita (Laura Harring) and Betty (Naomi Watts) may consummate their bubbling affections for each other in a sensuous, dreamlike manner – but who is Rita in this moment? Who is Betty? Is this encounter real or imagined? 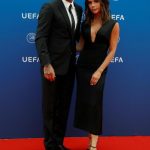